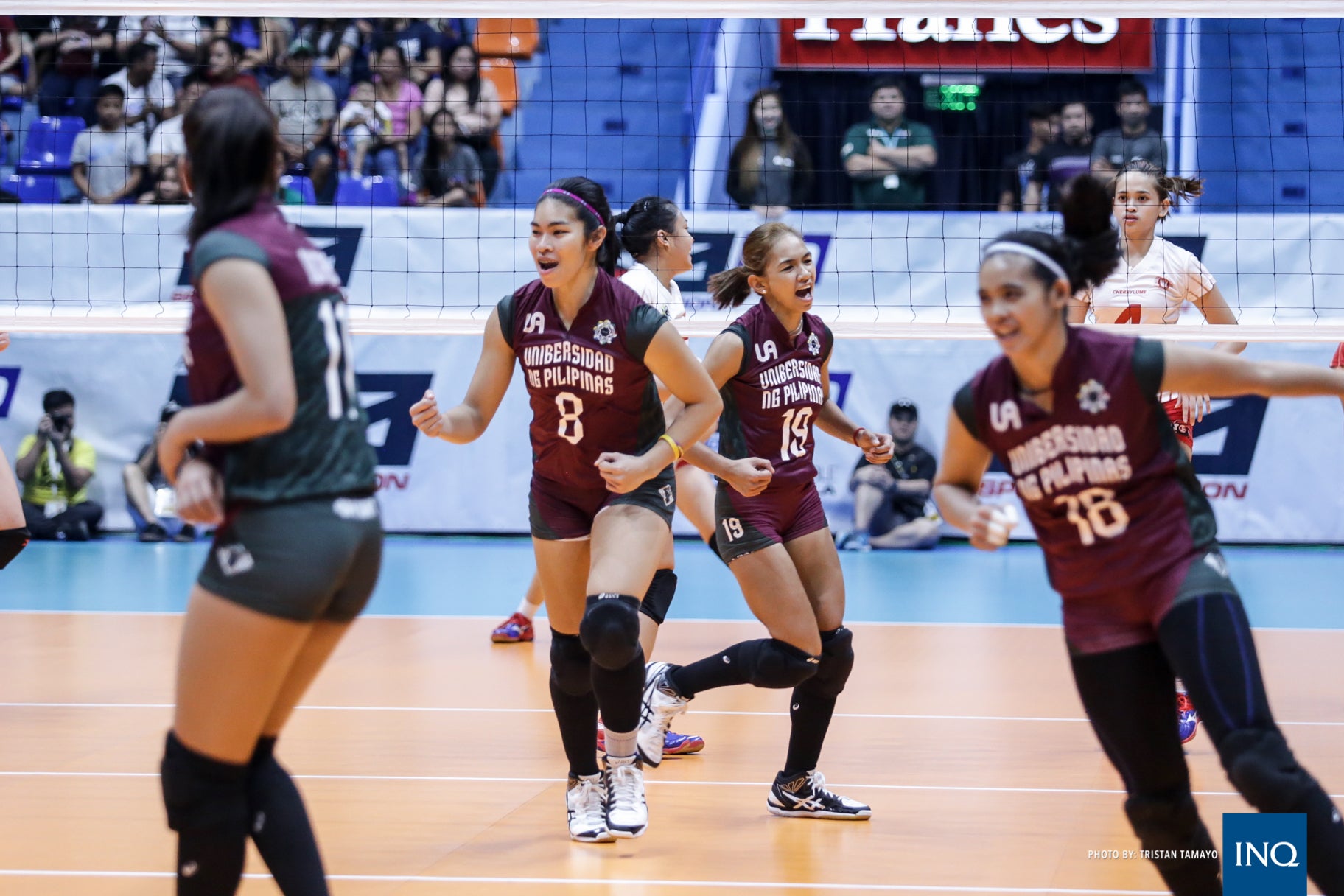 University of the Philippines swept University of the East, 25-16, 26-24, 25-19, to gain a share of the first place early in the UAAP Season 79 women’s volleyball tournament Saturday at San Juan Arena.

The Lady Maroons joined National University on top at 2-0 while the Lady Warriors slipped to 0-2.

It was the veterans who ultimately decided the match for the Lady Maroons after Kathy Bersola and Nicole Tiamzon exchanged points to close the deal.

Lady Maroons head coach Jerry Yee was pleased with how his team handled the pressure the taller Lady Warriors brought.

UE has the six-foot Roselle Baliton playing as setter but with her close proximity to the net, she also provides an added aerial asset for the Lady Warriors.

“They were taller than us so they really had the edge in blocking,” said Yee of UE’s middle presence that produced 14 points off blocks. “But that’s what we’re looking for, that added pressure and I’m happy the kids were able to meet that.”

Diana Carlos paced UP with 18 points while Marian Buitre added 14.

Bersola and Tiamzon combined for 18 points to aid the Lady Maroons while reigning Rookie of the Year Isa Molde had three points with her limited minutes.

Yee said Molde was “overworked” and he decided to give her some rest.

Mary Ann Mendrez and Shaya Adorador had eight points apiece to lead the Lady Warriors, who had a strange statistical output overall.

UE scored just 18 points off spikes, a far cry from UP’s 42, but the Lady Warriors scored on 14 of its blocks.