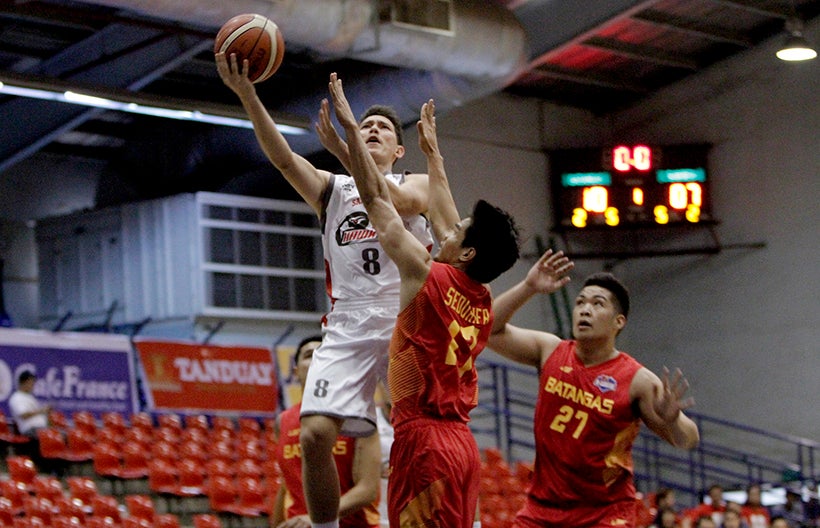 Cignal-San Beda coasted to an easy 95-68 victory over Batangas for its third straight win in the 2017 PBA D-League Aspirants’ Cup Monday at Ynares Sports Arena in Pasig.

Robert Bolick and Byron Villarias led the Hawkeyes, combining for 16 of the team’s 31 points in the second quarter that gave them a 56-34 halftime lead, which was extended to as high as 27, 71-44.

Bolick finished with 19 points, five rebounds, and three assists for Cignal, while Villarias went 3-of-6 from three to end up with 13 markers.

Jason Perkins also had a near double-double of 11 points and nine boards, while Alfred Batino had 10.

But coach Boyet Fernandez still wants to see development from his players as the tournament goes.

“This is a team in progress. We still have to develop our teamwork because we only started a month ago. But credit to my boys because they played well today. This will only help us improve our teamwork as we play more stronger teams in the future,” he said.