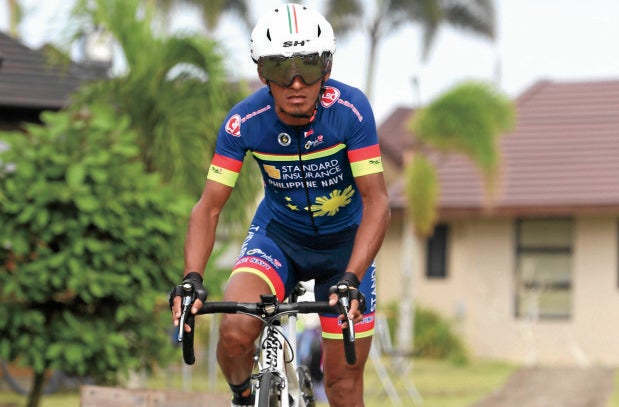 Lloyd Lucien Reynante, the 39-year-old son of Tour legend Maui, said that if he fails to live up to his father’s expectation and not win a crown, at least he gets to be a coach and trainer.

“My father’s legacy in cycling will continue through my coaching,” said Reynante, who has never won a Tour title but finished runner-up four times.

At fifth is Kinetix-Army’s Cris Joven, three minutes and 20 seconds behind Roque.

Navy paces the team standings holding a 20-minute, 55-second lead over second-running Go For Gold and 32:54 over Kinetix-Army.

Reynante said their goal is to finish all 14 stages with four of their riders in the top 10.

“Right now, our aim is to protect our riders because they will be targeted by other teams,” he said.