Racela on officiating: Beermen 'got what they wanted' in Game 4 win | Inquirer Sports

Racela on officiating: Beermen ‘got what they wanted’ in Game 4 win 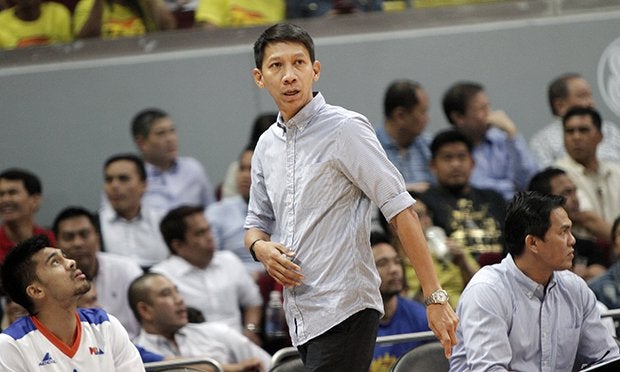 TNT head coach Nash Racela said the San Miguel Beermen “got what they wanted” in their 97-86 win in Game 4 of the 2017 PBA Philippine Cup semifinals on Tuesday night.

Racela was referring to San Miguel’s Chris Ross and Marcio Lassiter’s plea towards the league that June Mar Fajardo isn’t getting the right treatment as a three-time MVP following the Beermen’s 98-92 loss in Game 3 on Sunday.

“They got what they wanted. They were demanding some treatment from the referees the last game,” Racela told reporters. “If they heard what (Chris) Ross and Marcio (Lassiter) said, they got it today. That kind of entitlement because they are the champions, they got it today.”

“We expected that already before the game but what I didn’t expect was what they are saying that is like entitlement,” Racela added. “Just because they are the defending champion and they have the MVP, all of a sudden they are expecting special treatment when they enter the court.”

But Racela cleared he wasn’t disappointed with the how the calls turned out and that the officiating isn’t the sole reason why TNT lost the game.

“But it’s not really about officiating. It’s just one factor. And as a coach, we’re not asking for special treatments. We’re only asking for them to make the right calls that won’t favor anybody,” he said.

Racela, though, took a swipe at the Beermen, who had twice as many free throw attempts than the KaTropa with 24.

“I don’t buy that as a coach. If you demand something, demand that the right calls be made by the referees,” he said.

“If you lose by getting the right calls, we have to accept that. But demanding for some special treatment? That’s wrong.”