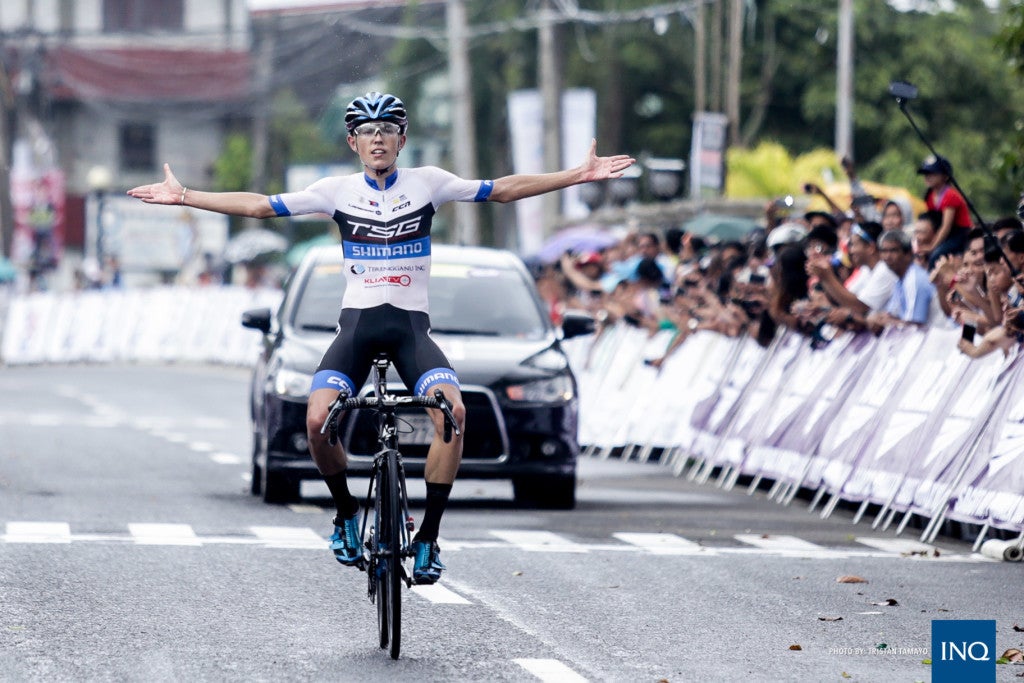 SORSOGON CITY—Daniel Whitehouse doesn’t mind racing under a heavy downpour as long as there are grueling climbs on the road.

The British rider from Terrenganu Cycling Team summoned his climbing prowess during the hardest challenge of the day for a solo breakaway finish in the opening stage of the 8th Le Tour de Filipinas presented by Air21 Saturday.

“I don’t have much of a sprint, so my only choice was to wait for the climb,” said Whitehouse after completing the slippery 164.50-kilometer ride from Legaspi City in three hours, 56 minutes and three seconds.

Whitehouse, who ruled the Tour de Flores in Indonesia last year, led the final charge up that steep and sharp climb at Bulusan Volcano National Park late in the stage to cut loose from the rest of the pack.

A punishing cloudburst in Casiguran town near the finish wasn’t enough to slow Whitehouse down as he kept his pursuers at a safe distance.

“I’m British and rain is just normal. If it rains, I’ll get wet,” said the climb specialist based in Christchurch, New Zealand.

2014 Le Tour champion Mark Galedo of 7Eleven-RBP came in 13th, 9:25 behind the lap winner, after he got entangled in the chase group at the hilly stretch in Irosin town.

“We weren’t able to implement our strategy. But it’s still early, we have three more races to go,” said Galedo, a three-time champion in the local Tour.

Whitehouse will wear the overall leader’s yellow jersey in today’s second stage, a 177.35-km ride to Naga City with a punishing climb in Tiwi town halfway through the route.