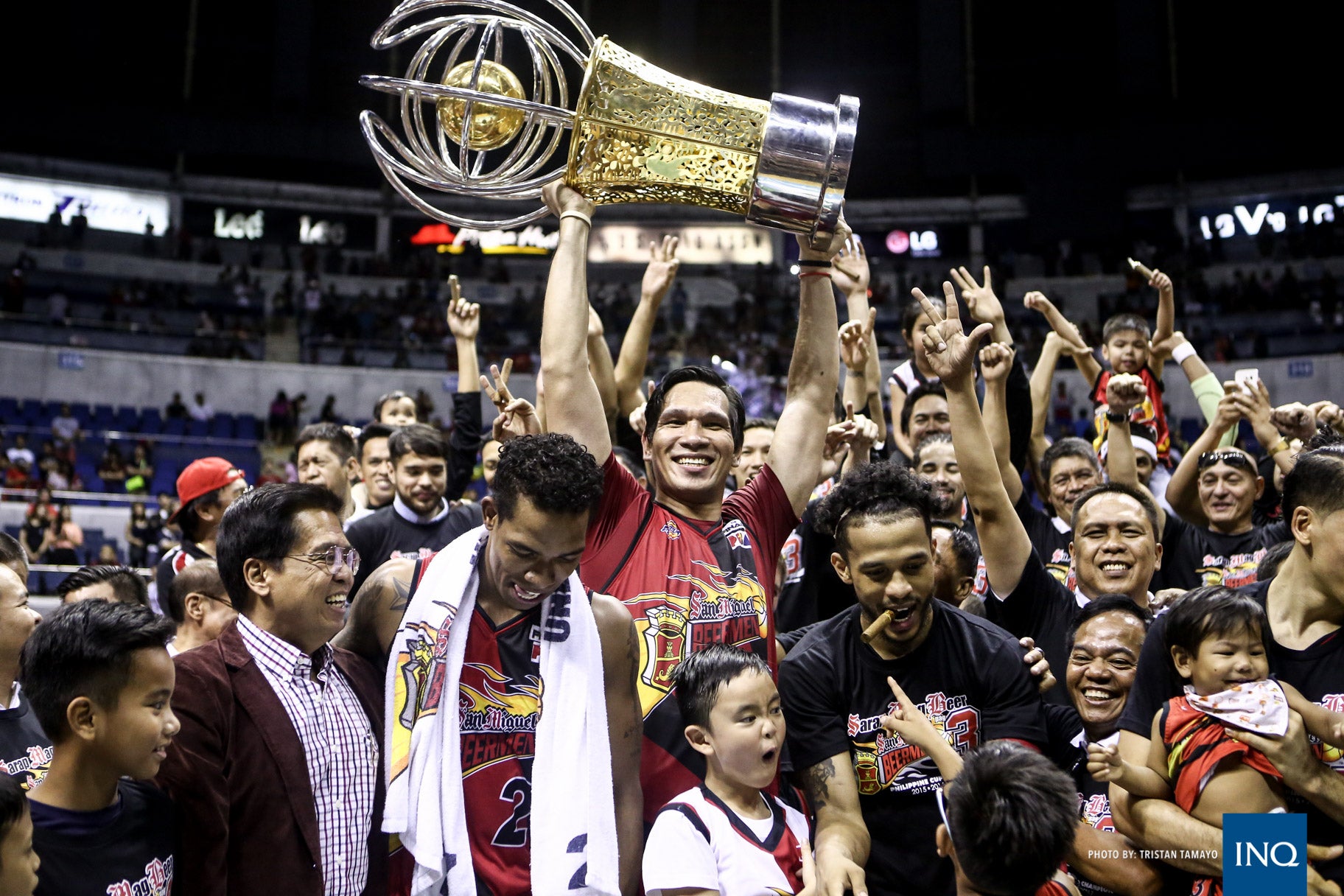 Three-time MVP June Mar Fajardo and Arwind Santos each scored 21 points while Chris Ross was again spectacular on both ends of the floor with 12 points, eight rebounds, 10 assists and six steals for the Beermen, who recovered after blowing a 12-point lead in the third quarter.

“Winning the three-peat is the biggest highlight of my career,” said SMB head coach Leo Austria, who steered the Beermen to their fourth crown in the last seven conferences.

San Miguel went on a 7-0 spurt capped by Santos’ signature dunk inside the last two minutes to put Ginebra away, 91-83, with only 24 seconds left.

The Kings, who trailed by as much as nine midway through the fourth quarter, pulled to within one, 84-83, after a 3-pointer by LA Tenorio with 2:28 remaining.

Japeth Aguilar fired a game-high 26 points that went with 16 rebounds while Joe Devance had a near triple-double with 20 points, 12 rebounds and eight assists for the Gin Kings.

Read Next
Jerwin Gaco to suit up for Tanduay in PBA D-League
EDITORS' PICK
Red-tagged green activist recalls imprisonment
A laptop that maximizes your WiFi so you can maximize your productivity
‘FPJ’s Ang Probinsyano’ officially ends after nearly 7 years
House energy committee chair Arroyo bats for cheap electricity
Authors unbowed after gov’t ‘purge’ of books
Powered by style, innovation and passion
MOST READ
Arjo Atayde reveals proposal to Maine Mendoza was ‘more than a year’ in the making
‘FPJ’s Ang Probinsyano’ officially ends after nearly 7 years
Pagasa: Cloudy Saturday with possible rain showers; LPA spotted outside PAR
Angelica Panganiban, Camille Prats recall ‘trauma’ of being called out for weight gain in ‘G-mik’
Don't miss out on the latest news and information.