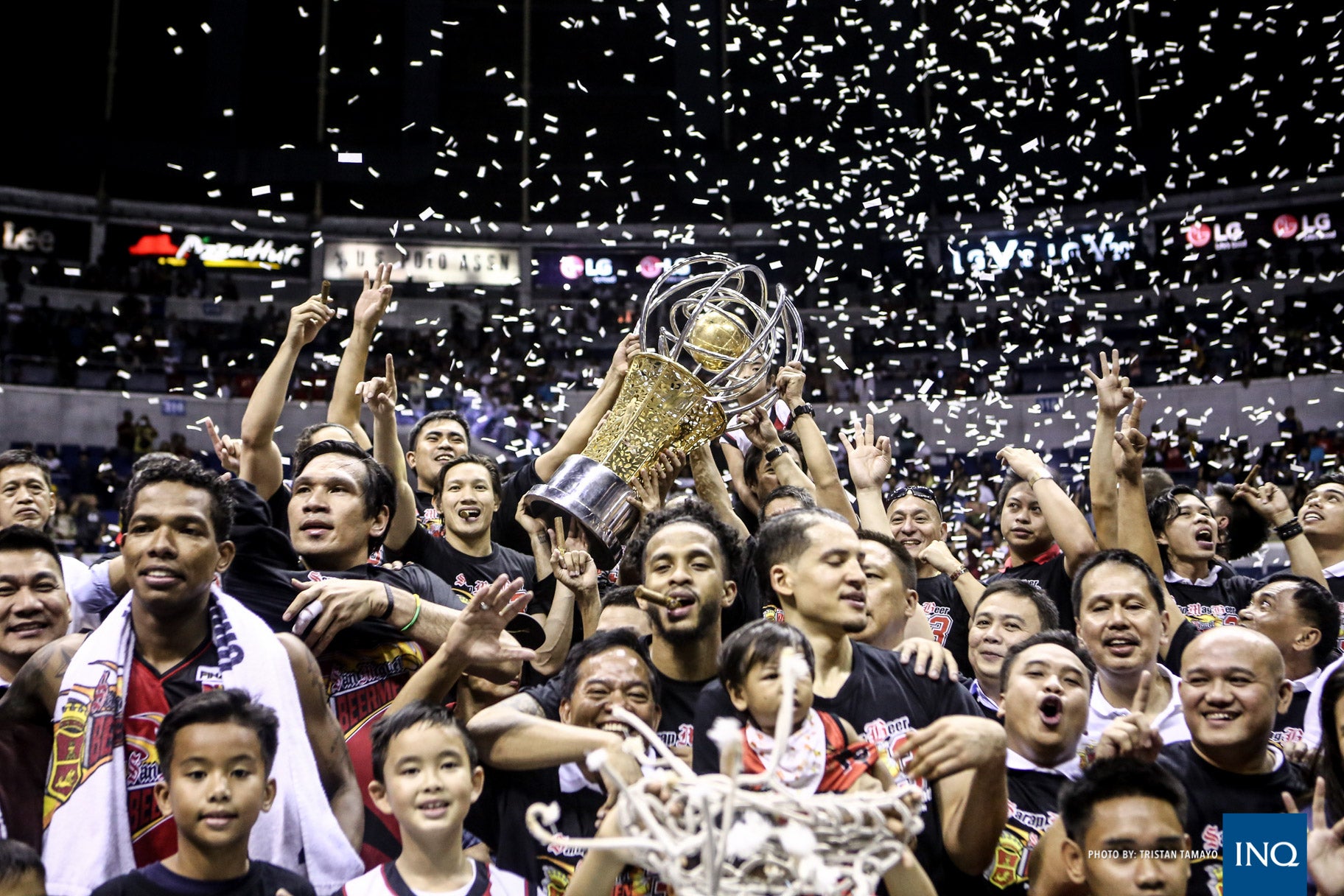 “This is the highlight of my career. I’ve won a lot of championships before going to the PBA, but all the great players, the great coaches are here,” Austria said Sunday after the Beermen earned the Perpetual Trophy following a 91-85 win over the Barangay Ginebra Gin Kings in Game 5.

But for team governor Robert Non, the job is still far from over.

“We just finished one of our goals, but we’re just halfway on our other goal,” Non said during the awarding ceremonies.

Non may not have divulged what that other goal is but he is likely referring to winning the Grand Slam.

Austria, however, doesn’t want to look too far ahead as he wants to savor SMB’s latest title first.

Though, he acknowledged the fact that the import-laden conferences present a different challenge as compared to the all-Filipino.

“It’s really hard to win the import-laden conferences. Our advantage in the all-Filipino is June Mar Fajardo, but his advantage gets lessened because of the imports, unless we can get an import who can cancel out the opponent’s import,” he said.

“I think in the past, we experienced some struggles after winning the all-Filipino. I hope this time, we’ve already learned our lessons. In the second conference, we’re not thinking of Grand Slam because we’re the only team with the chance to win that, but we’re taking it one game at a time.”

“It’s a long shot, but we have a chance. We will try our best, but we’re not thinking of the Grand Slam,” he said. “Right now, we’re aching to have a break first because it’s just a short tournament and a shorter offseason. We have to be recharged.”