The first round of the UAAP Season 79 women’s volleyball tournament has come to a close, but this list isn’t.

Without further ado, here are the seven best players who made the list.

Teaser, Jaja Santiago is back but Kim Kianna Dy isn’t. 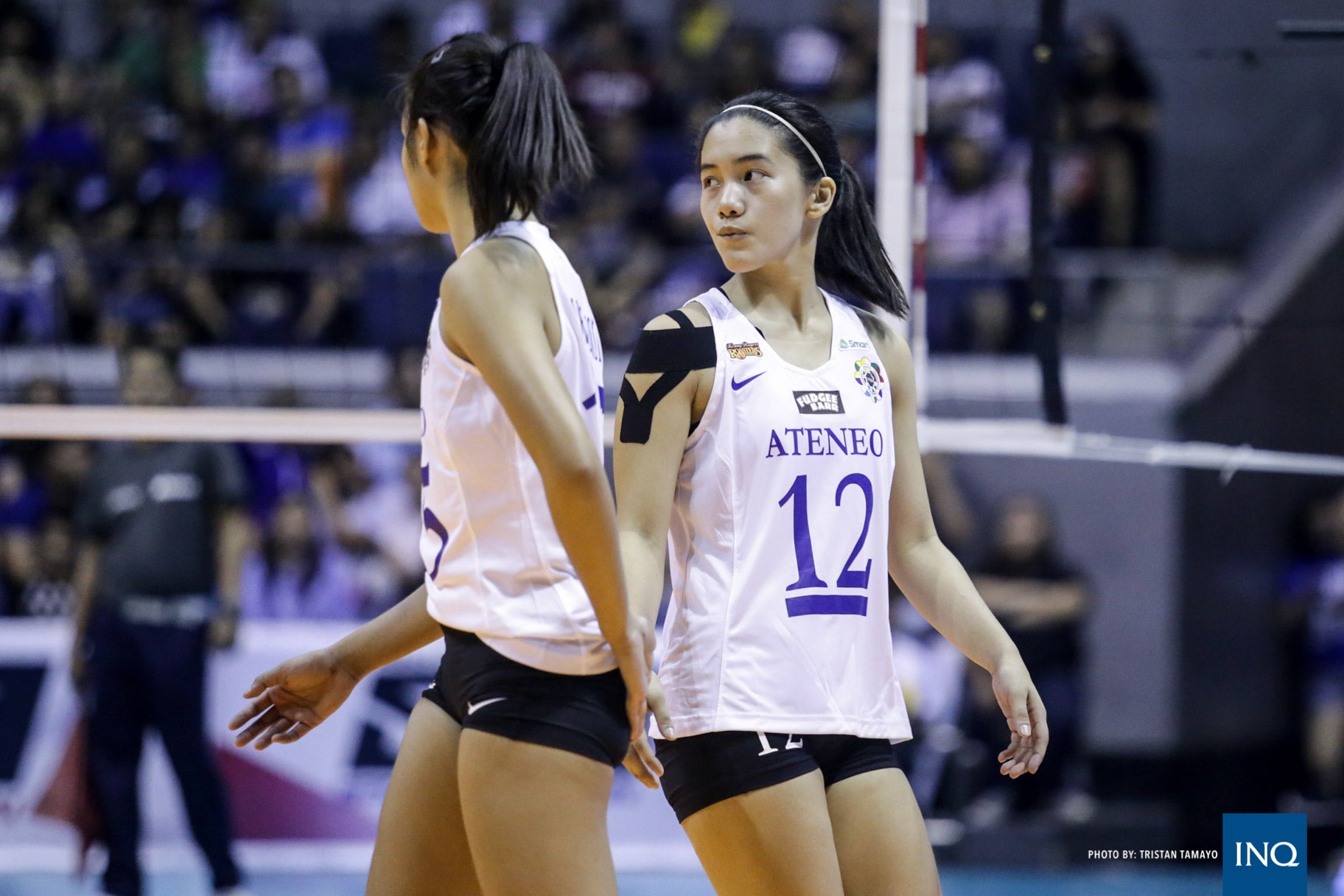 Her 79 excellent sets against defending champions De La Salle was just absurd because that mark not only propelled the Lady Eagles to the victory but the sheer number is preposterous.

Morado’s play led the Lady Eagles to a league-best 6-1 record, and need this author say more? 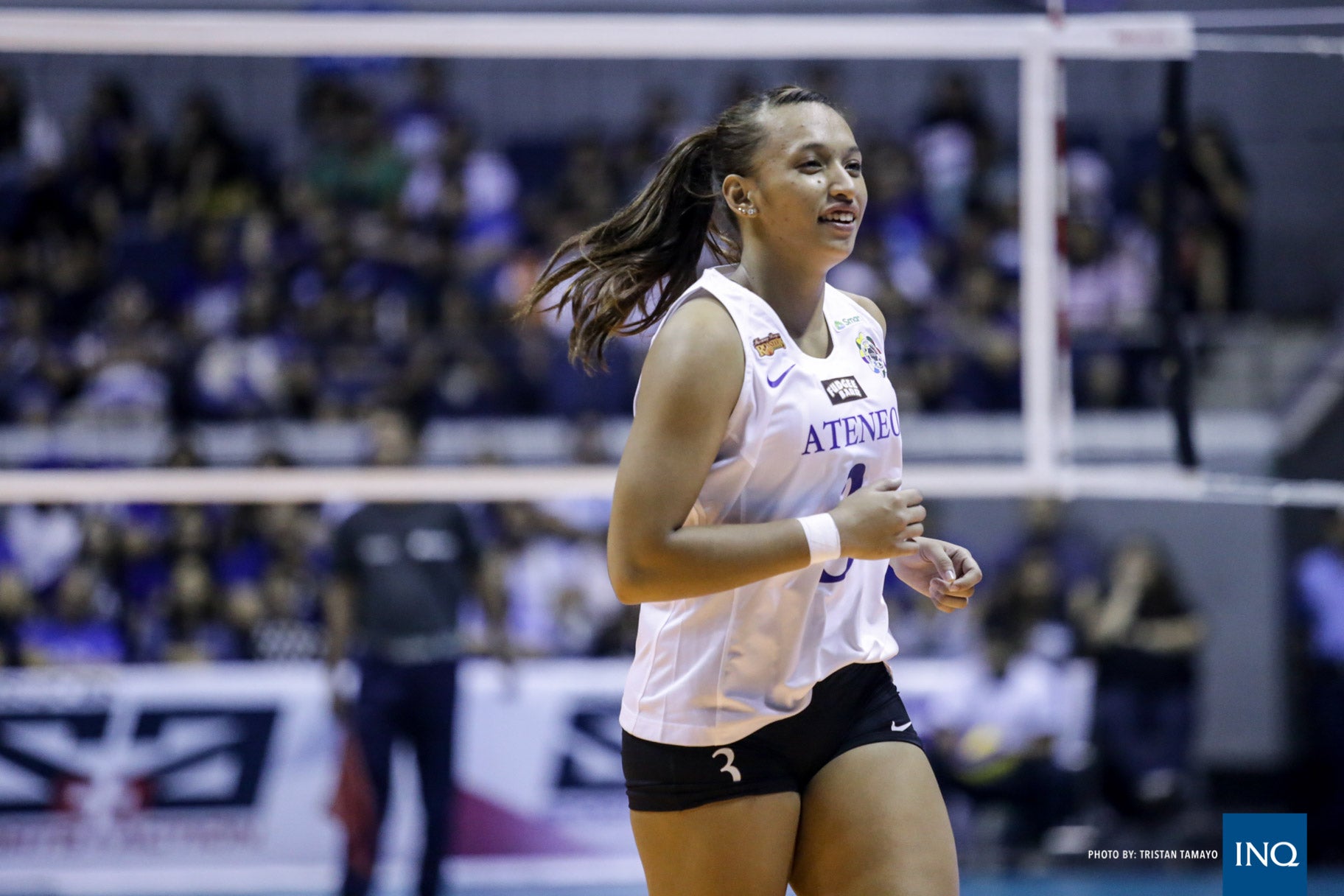 Here’s a curious case about Ateneo: anybody from that team would’ve made this list in any given week.

Ateneo’s offense is so balanced that Bea De Leon, Jhoana Maraguinot, and even the young duo of Kat Tolentino and Maddie Madayag were also considered to be part of the ranking this week.

For this week, though, Mich Morente joined Morado as the other Lady Eagle to get the nod because of her exceptional play especially against De La Salle.

Morente, who missed all of Season 78 due to academic reasons, was on fire in her first Ateneo-La Salle game back as she put up a ridiculous stat line with 25 points, 19 digs, and 12 receptions.

Ateneo’s current record of 6-1 and she was a big part of it. It has been University of Santo Tomas’ week.

After struggling in the earlier part of the season, the Golden Tigresses are now on a three-game winning streak and Rondina is averaging 14.7 points during the run.

With a 4-3 record under their name, the Golden Tigresses are now in contention for a Final Four spot.

Rondina, however, isn’t the only driving force behind UST’s surge. UST seems to have found the chemistry between EJ Laure and Rondina.

Both are producing for the Golden Tigresses, and both have caused problems to the rest of the league. She isn’t the most notable of the three Golden Tigresses in this list but Pacres is sure as hell effective.

For the past two games, Pacres has averaged 11.5 points while playing as the third offensive option for the Golden Tigresses.

Pacres was instrumental in UST’s win over longtime rivals Far Eastern University and that victory capped off the Golden Tigresses three-game win streak. Jaja Santiago is back!

After appearing as theNo. 1 player in the first edition of this list, Santiago straight up disappeared in the next two.

Santiago, arguably, is the best individual this season, but her team’s three-game losing skid prevented her from appearing on this list for the past two editions.

Santiago had 18 points in the win and more importantly retain her spot as the league’s most potent scorer as she averaged 18.28 points a match after the first round.

7. Shaya Adorador (University of the East, outside hitter) University of the East finally won.

The Lady Warriors finished the first round with a 1-6 record ahead of the winless Adamson University, and Shaya Adorador made sure they got that victory.

Adorador fired 23 points against the Lady Falcons and that mark vastly improved her standing in the league’s best scorers list.

From the 15th spot, when she was averaging a dismal 9.5 points a match, Adorador rose to as far as 8th as she now averages 11.42 points.