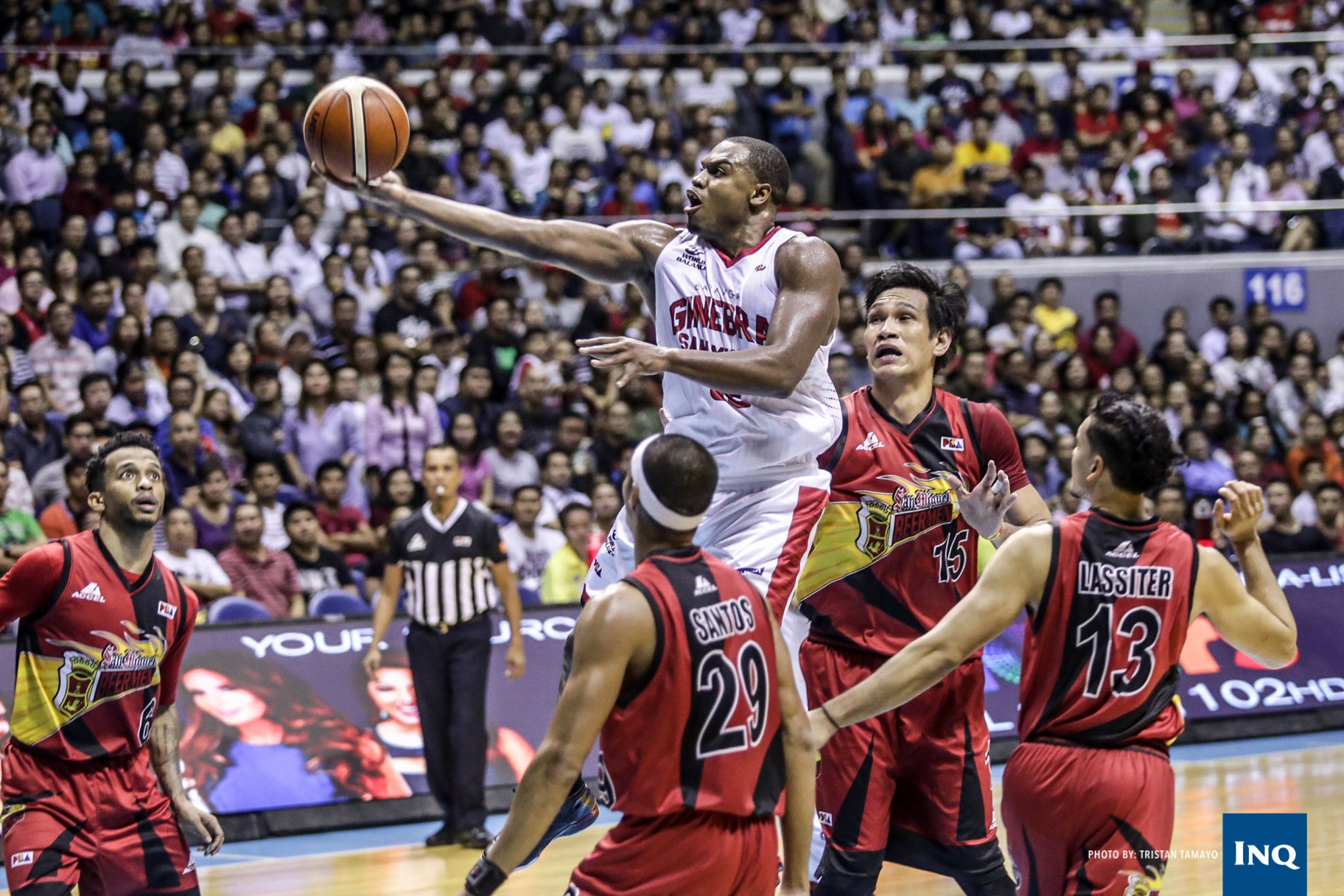 With seven-foot center Greg Slaughter not expected to return for the mid-season tournament and power forward Joe Devance likely to undergo surgery on his injured foot, the Gin Kings are bracing for a difficult grind in the tournament with a 6-foot-10 height limit for reinforcements.

Justin Brownlee, who led the Gin Kings to the Governors’ Cup crown last year, is returning for another tour of duty.

But while the sweet-shooting Brownlee flourished in his first stint with the 6-foot-5 height limit for imports, he faces a different challenge altogether with bigger reinforcements tapped by other squads.

Still smarting from the 1-4 series loss to the Beermen in the finals last Sunday, Ginebra coach Tim Cone believes his team will figure out a way to contend despite having a smaller import in Brownlee.

“We’re gonna be small but we have some ideas at how we’re gonna play and we’ll work it through, see how it works,” said Cone.

Reflecting on their runner-up finish in the all-Filipino tournament where they overcame a twice-to-beat edge in the quarterfinals against Alaska and climbed out of a 0-2 hole against Star in the semifinals, Cone paid tribute to his players for rising to the challenge.

“We overcame a lot,” said Cone, singling out Devance as an “inspiration for his great courage throughout the whole series” against the Beermen.

“There’s so much to be proud about but it’s hard to be proud after a loss. You want to put up a better fight than we did. But that’s already a great feat because guys are worn out. We didn’t have Greg the whole conference, we lost Jervy (Cruz) in the series after Game 2.”

Japeth Aguilar said there were still plenty of positives to take out of their campaign.

“We fought through a lot of adversities, and then we made it to the finals,” said Aguilar.

Devance took shots to numb the pain of his injury beginning in the semifinals against Star.

“It was all worth it,” Devance said. “Just to battle with these guys, they played their hearts out. I don’t regret anything.”