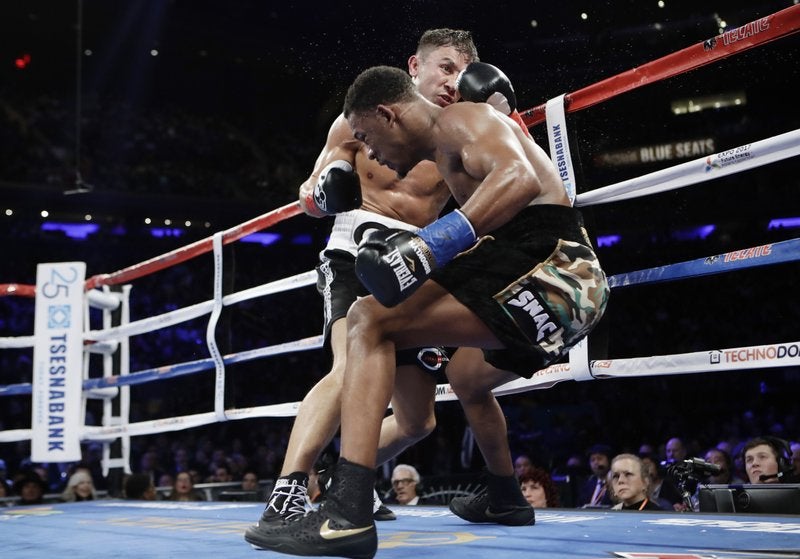 Both fighters are knockout artists, yet this one went the distance — the first time GGG has not had a KO in 24 fights, and his first time going 12 rounds. The Kazakh won 115-112 on two judges cards and 114-113 on the other.

In the toughest fight of his stellar career, Golovkin often was stymied by Jacobs changing to a left-handed style. But a series of hard rights throughout the bout were enough — barely to bring his record to 37-0.

“Daniel did a very good job,” Golovkin said. “Daniel is my favorite fighter. I can’t destroy him.”

He didn’t, unlike so many other opponents who felt the fury or GGG.

“I thought I won it by at least two rounds minimum,” said Jacobs, nicknamed Miracle Man after he overcame bone cancer in 2011-12 to win 10 straight fights. “I did feel like I had to win the 12th round to make sure.”

He won it on two of the three cards, but it wasn’t enough.

Still, with Madison Square Garden reverberating from chants of “Triple G” or “JACOBS,” no one could be sure of the outcome right until the final punch.

Jacobs is 32-2. Golovkin holds on to his belts and took Jacobs’ WBA middleweight title.