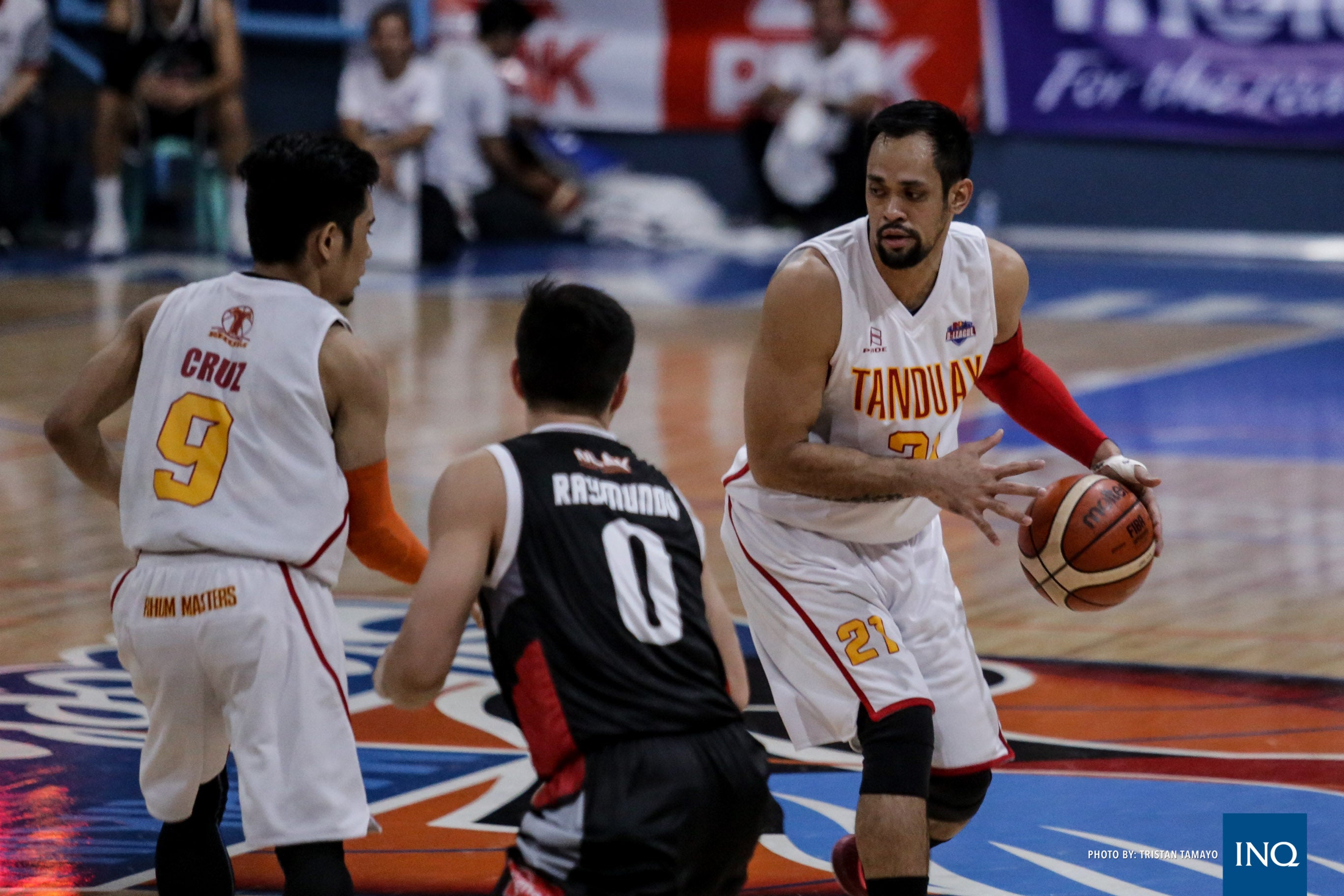 Banking on its veteran leaders, Tanduay pulled off a 66-55 stunner over Cignal-San Beda to claim Game 1 of their best-of-3 semifinals series in the 2017 PBA D-League Aspirants’ Cup Tuesday at Marikina Sports Center.

Ex-pros Jerwin Gaco and Mark Cruz paired up to help the Rhum Masters silence the top-seed Hawkeyes in the middle quarters to move a win away from booking a return trip to the championship series.

This narrative, though, doesn’t appeal that much to coach Lawrence Chongson, saying, “It’s not about cliches anymore. It’s about us needing to win for ourselves, We’ll do whatever it takes.”

Clamping down on defense, Tanduay limited the high-scoring Cignal squad to just six points in the second quarter to grab a 28-20 halftime lead and further compounded the Hawkeyes’ woes with 28-point third quarter explosion to lead by as much as 21, 56-35.

Cignal had one last try to close the gap and got to as close as 12, 56-44, with 7:33 left, but Paul Varilla drained big baskets late to douse the rally for the Rhum Masters.

Game 2 is on Thursday at Ynares Sports Arena.