The Final Four is looming but teams are still clogging the middle of the table.

Ateneo (10-2) has regained the top spot after momentarily losing it to defending champions De La Salle (9-2), and four teams are still in contention to cause some trouble in the ladder.

As for the individual players, one has finally shown her the same brilliance that earned her a sweet piece of hardware in Season 78 while two players make their first appearances in this list.

1. Isa Molde (University of the Philippines, outside hitter)
Weeks on list: 1 Talk about a debut.

Isa Molde shrugged off her sophomore struggles and has finally shown the luster she displayed when she won the Rookie of the Year award last season.

It helps that she’s been University of the Philippines’ leading scorer this past week with the Lady Maroons going 2-0 including a stunner over National University.

Molde has averaged 14.5 points this week and that was enough to propel the Lady Maroons to not only a 7-5 record but also a momentary spot in the Final Four dance. After three straight weeks atop this list, Jia Morado eventually gave up her spot.

The Lady Eagles’ loss to NU eventually hurt her chances, though Morado remains the best setter this season despite having stiff competition from one more notable playmaker this league. Jaja Santiago could’ve been the top player this week had the Lady Bulldogs won their two games this week. But after the big win over Ateneo, NU lost to University of the Philippines in a crucial game before the week ended.

It also hurt that Santiago was not at her best form in her game against UP.

After she punished Ateneo with 25 points, she managed just 18 points against the Lady Maroons. EJ Laure has found her way to this list for a second time around.

University of Santo Tomas played perpetual archrival Far Eastern University and came away with a vital four-set win, 17-25, 25-17, 26-24, 25-21, with Laure torching the Lady Tamaraws with 20 points.

The Golden Tigresses played just one game this week but with UST jockeying for a Final Four position, that win proved to be crucial.

UST improved to 7-4 and is the third-best team, in terms of win-loss records, this time in the season. Here’s a weird one.

This is just the first appearance of the iconic Kim Fajardo in this list.

Fajardo has reached a status that her greatness needs no recognition, but this writer will still give the wily veteran the appreciation she deserves.

La Salle had one game this week, a quick romp of University of the East, 25-16, 25-15, 25-9, where Fajardo  schooled Roselle Baliton with a preposterous 31-7 advantage in excellent sets. 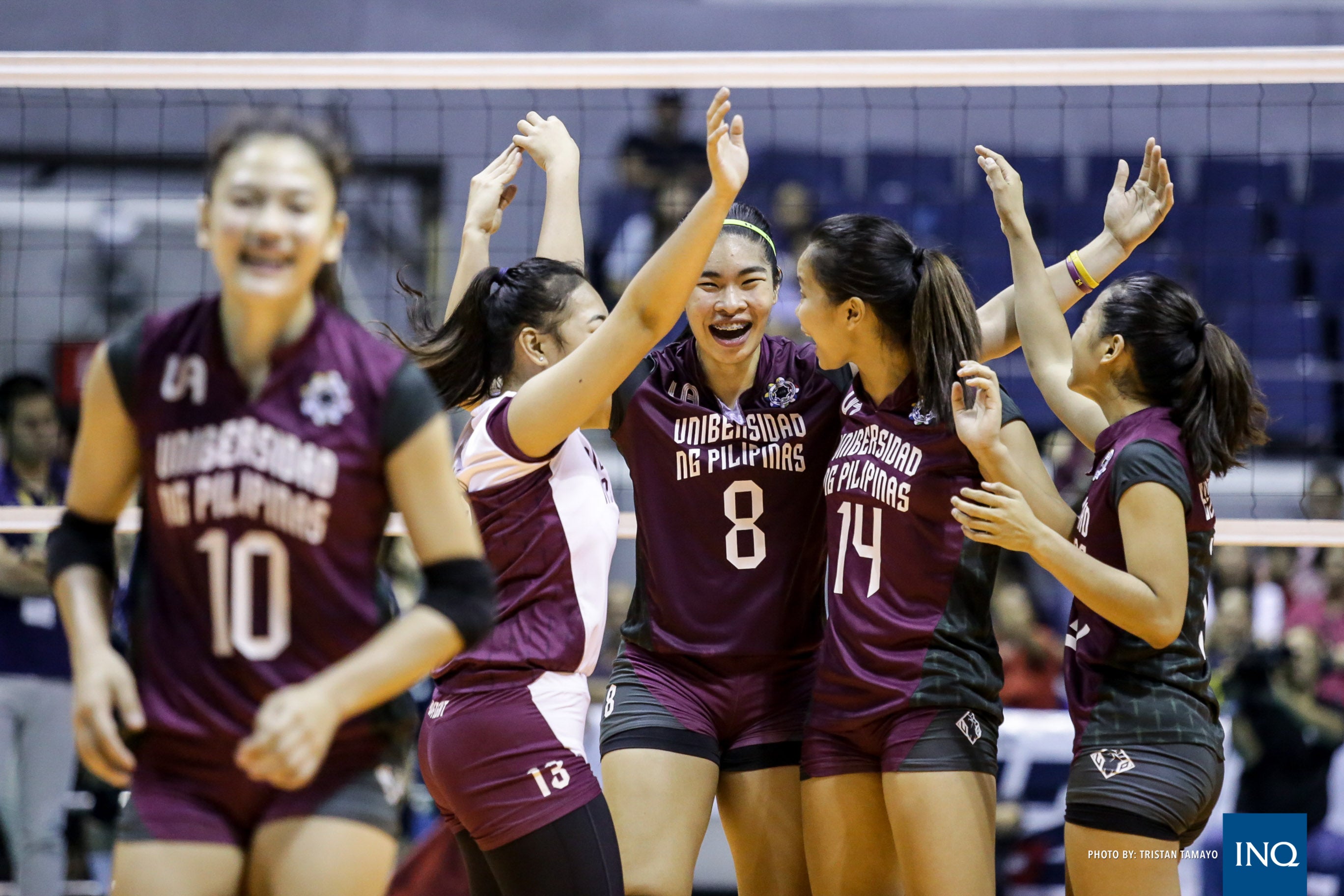 Another debutante in this weekly list is UP veteran Kathy Bersola.

As the Lady Maroons continue to regain composure in the tournament, Bersola was a key component in the process.

UP started the season 4-0 but lost four straight to get to 4-4 and now  the Lady Maroons are showing flashes of their earlier strength.

The Lady Maroons improved to 7-5 and in the two games they played this week Bersola has averaged 13 points.

Bersola’s duel against Santiago against NU was also noteworthy.

Yes she got outscored 18-14, but she pushed Santiago to a corner and had a slim 8-7 advantage in blocks. With UST going perfect this week, it’s only fitting that another Golden Tigress gets included in this list.

Cherry Rondina has been instrumental for UST this season as the Golden Tigresses vie for a Final Four spot.

In UST’s game against the Lady Tamaraws, Rondina played the supporting role to Laure as the feisty Cebuana finished with 15 points.