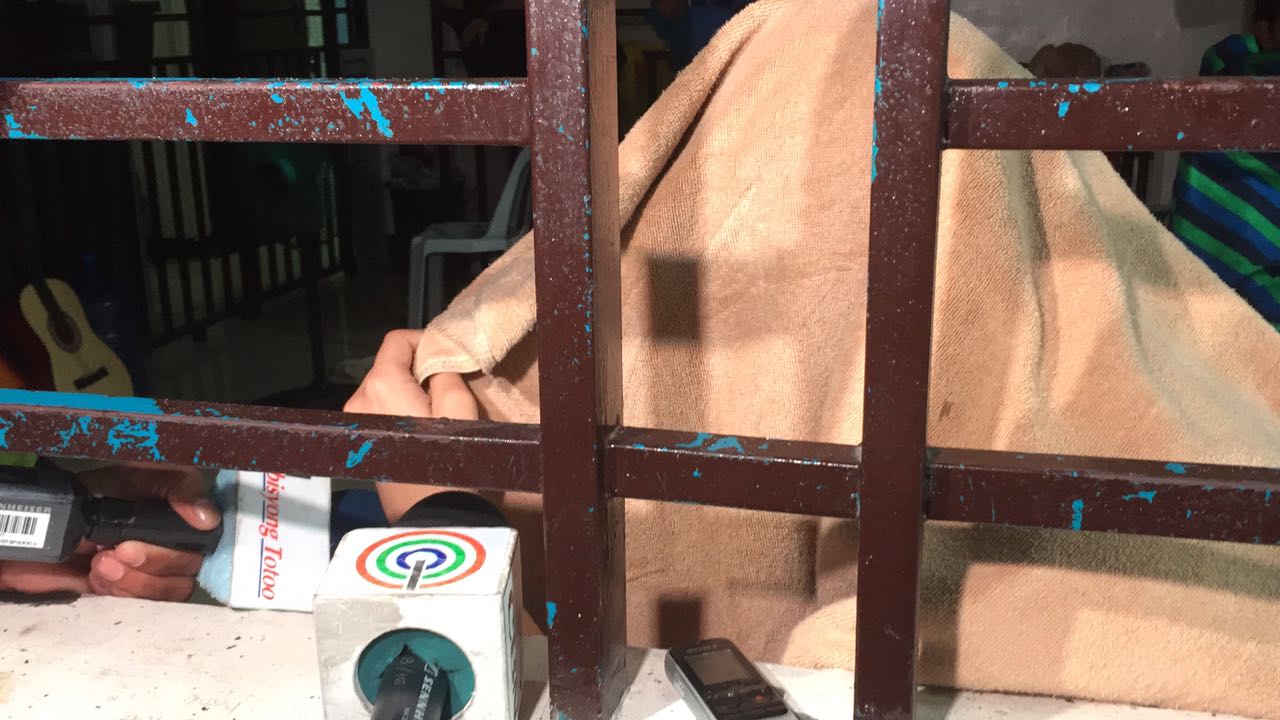 Suspect for the leak of Kiefer Ravena’s photos hides from the media. Photo by Julliane De Jesus

Police arrested the man who allegedly spread the lewd photos of Kiefer Ravena and tried to extort money from the basketball star in an entrapment operation on Wednesday.

“I did not leak those photos. It was Kiefer who offered the P50,000 in exchange for information on the person he had been talking to,” Ng said in Filipino.

Ng, a banking officer, is currently detained at the ACG headquarters.

Alleged photos of Ravena’s private parts accompanied with screengrabs of sexy conversations with an unidentified woman surfaced on social media two weeks ago.

Ravena, who had been silent since the scandal broke, said he is hoping that justice will be served after the capture of the suspect.

“Now that we have the first suspect under PNP’s custody, we hope to get more leads and information so justice will be served, and harassment and blackmailing such as this would end,” said Ravena in a statement.

“We’ve been silent the past couple of weeks because my parents have been consulting with law enforcement to get to the bottom of this matter.”

The former Ateneo star joined Alab Pilipinas Wednesday after recovering from a hand injury and is expected to make his debut in the ASEAN Basketball League over the weekend.