NBA: Westbrook equals record for most triple-doubles in a season | Inquirer Sports

NBA: Westbrook equals record for most triple-doubles in a season 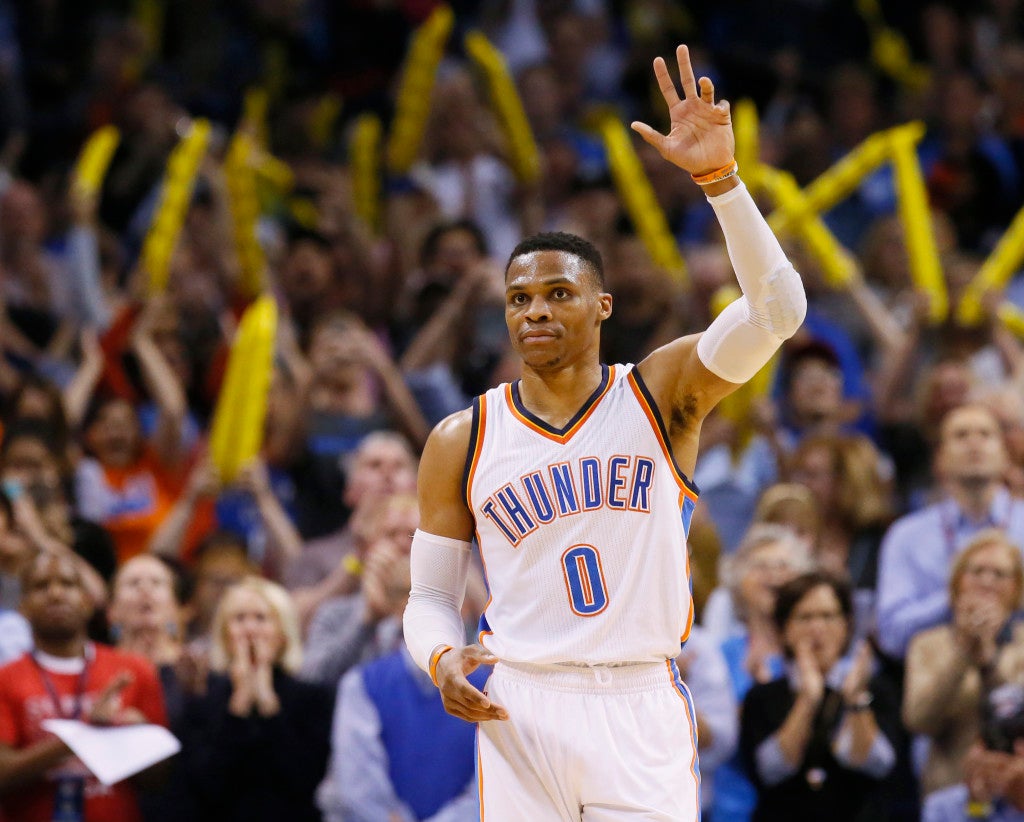 Oklahoma City Thunder guard Russell Westbrook (0) waves to the crowd after tying the record for triple-doubles in a season in the third quarter of an NBA basketball game against the Milwaukee Bucks in Oklahoma City, Tuesday, April 4, 2017. AP

LOS ANGELES, United States — Oklahoma City star Russell Westbrook produced his 41st triple-double of the season on Monday to equal Oscar Robertson’s record for most in an NBA season.

Westbrook secured his 41st triple-double of the season in the third quarter of the Thunder’s game against the Milwaukee Bucks.

READ: NBA: Westbrook closes in on history with 40th triple-double

Westbrook drained a three-pointer just before halftime to finish the first half with 12 points.

Minutes into the third period, he notched his 10th rebound then posted a 10th assist on Taj Gibson’s basket that put the Thunder up 67-42 on the Bucks.

Westbrook will have a chance to break the record on Wednesday night against the Memphis Grizzlies. CBB