Undaunted Martinez believes he can nail olympic slot in Germany 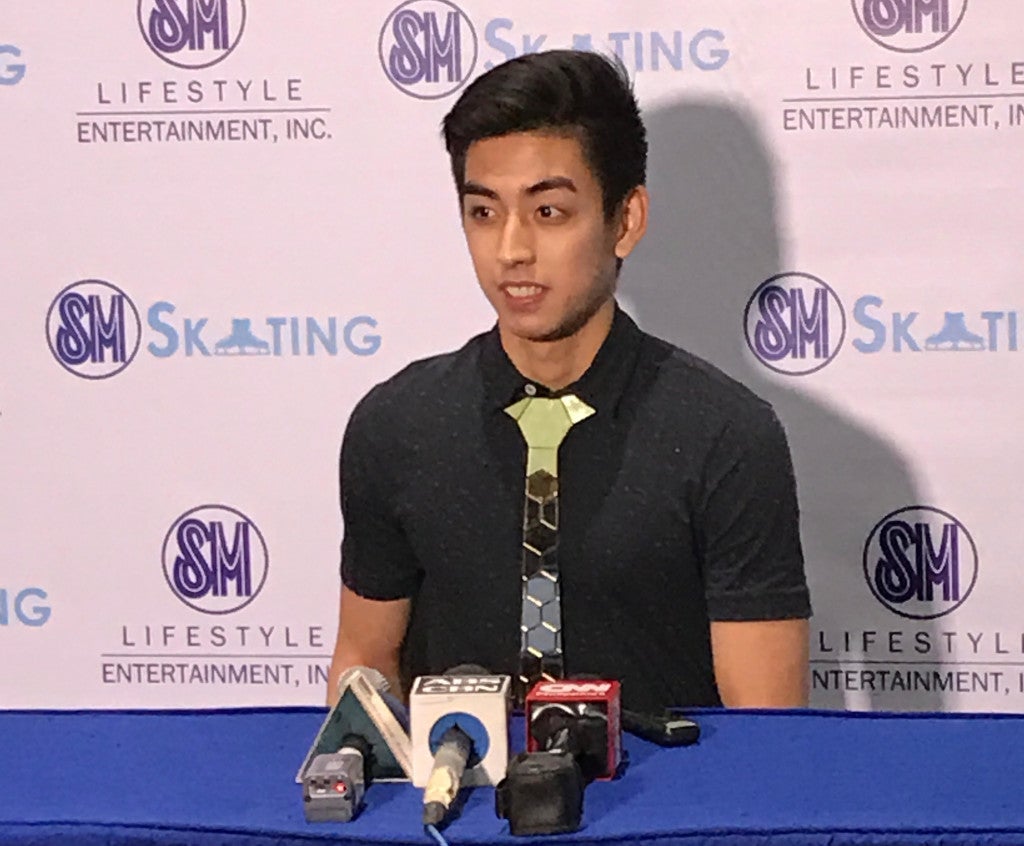 After missing an Olympic spot in the recent world championships, Michael Christian Martinez is confident he will nail it through the Nebelhorn Trophy in Germany.

But unlike in the worlds held last week in Helsinki, Finland where the top 20 figure skaters qualified, the tournament in Germany offers only six slots to the 2018 Winter Olympics in Pyeongchang, South Korea.

“I don’t just aim for the top 6,” said Martinez during a press conference Thursday at SM Mall of Asia Skating Rink in Pasay City. “In every competition, I have to be in the medal [podium]. I’m really confident that it will be easy for me.”

The first Southeast Asian to qualify in the Winter Olympics in 2014 Sochi, Russia, Martinez promised a new routine come September and is confident he will execute the quad to perfection.

Martinez said he threw away his old boots, which caused him several injuries while trying to carry out a flawless performance, and replaced them with a stiffer pair of skates that could sustain his jumps.

A quad, or quadruple, is a figure skating jump with no less than four revolutions.

“My old boots cannot handle the quad jumps,” said Martinez. “I twisted my ankle every time I did it and it’s really hard for me to perform well because of those injuries.”

He placed 24th in Helsinki after scoring 196.79 in the men’s singles category with individual scores of 69.32 in the short program and 127.37 in free skating.

The 20-year-old Martinez, a 2015 Asian Figure Skating champion, will train in Canada with his coach, Igor Samohin, to improve his skating skills, choreography and jump execution before going to Russia for technical training.

“You will witness a different Michael Martinez,” said Martinez, who is eyeing no less than a gold medal in the Kuala Lumpur Southeast Asian Games. “The maturity is there, the jumps are there and the performance is there.”