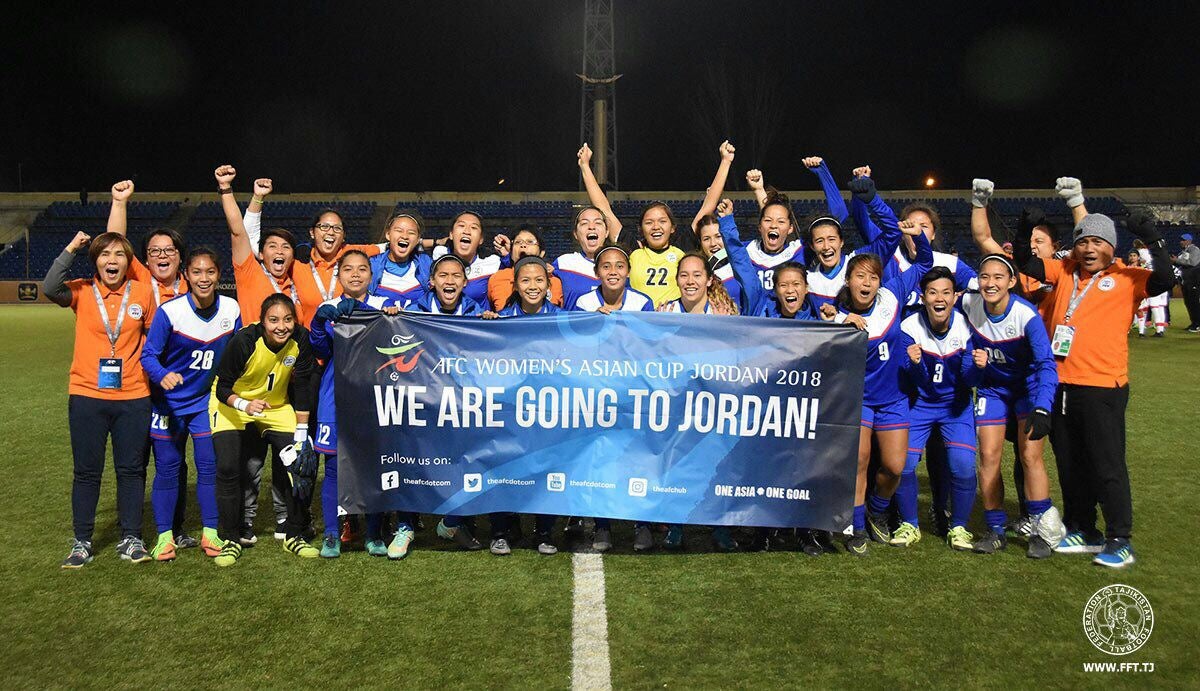 The Philippines reached the AFC Women’s Asian Cup for the first time in 15 years after salvaging a 1-1 draw against Bahrain on Monday night at Pamir Stadium in Dushanbe, Tajikistan.

An 82nd minute goal from Sara Castaneda gave the Filipinas the point they needed to advance to the prestigious eight-country tournament in Jordan next year.

The Filipinas put themselves in a strong position to nail an Asian Cup berth after scoring blowout victories over United Arab Emirates (4-0), Iraq (4-0) and Tajikistan (8-0).

But with the Bahrainis also facing a must-win scenario to keep their qualification hopes alive, the clash turned out to be tougher than expected for the Filipinas.

After Noora Samy Al Dossarry put Bahrain on top in the 56th minute, it looked like the Filipinas’ dreams were in jeopardy.

But the team stayed patient, knocking the ball around with confidence, looking for gaps on an organized Bahrain defense and pressing every time it lost the ball.

The Filipinas were rewarded with Castaneda’s late equalizer that came off good buildup play from midfield.

Eva Madarang headed the ball to the path of Castaneda who made no mistake with a clinical finish to the roof of the net.

Three times, the Filipinas wasted good chances to win in stoppage time, but they left the pitch with smiles on their faces knowing they just made history. They still have one more game against Jordan on Wednesday with the winner clinching top spot in Group A.

It’s an awe-inspiring achievement for the team of coach Buda Bautista after it became just the sixth team to qualify for the tournament after seeded teams Japan, China and Australia and host Jordan as well as another group topnotcher Thailand. The Top 5 teams in next year’s Asian Cup will automatically qualify for the Women’s World Cup.

The last time the Philippines played in the Women’s Asian Cup was in 2003 in Thailand, where it lost three of four matches. There was no qualifying stage for the tournament then.

The country failed to qualify in 2006 and 2008, before skipping the tournament two years later. The Philippines also failed to progress in the 2014 tournament.