The PBA D-League prides itself as the beginning of the aspirants’ journey to the big leagues.

But for all of the opportunities the league has provided school-based squads and varsity players in preparation for their respective collegiate leagues, it also serves as a lifeline for ballers to keep their PBA dreams alive.

This past 2017 Aspirants’ Cup, five players found themselves being called up to the PBA midway through the season, the most in D-League history.

Mark Cruz leads the five, with the diminutive playmaker reminding everyone of the caliber of player that he is as he averaged 15.4 points, 4.3 assists and 3.4 rebounds in Tanduay’s run to the semifinals.

That was enough for Blackwater to take a chance on the Letran guard and bring him back in his second year in the PBA.

Jackson Corpuz’ three-year wait also came to an end as Mahindra signed him up after posting 13.3 points and 7.3 rebounds for Racal in the team’s bridesmaid finish this recently-concluded D-League conference.

The Blackwater duo of Jason Melano and Tristan Perez have also made the most of their run in the developmentals, helping the Malaysian core of Blustar Detergent compete in its second foray in the PBA D-League.

The success, though, isn’t limited to these young guns. 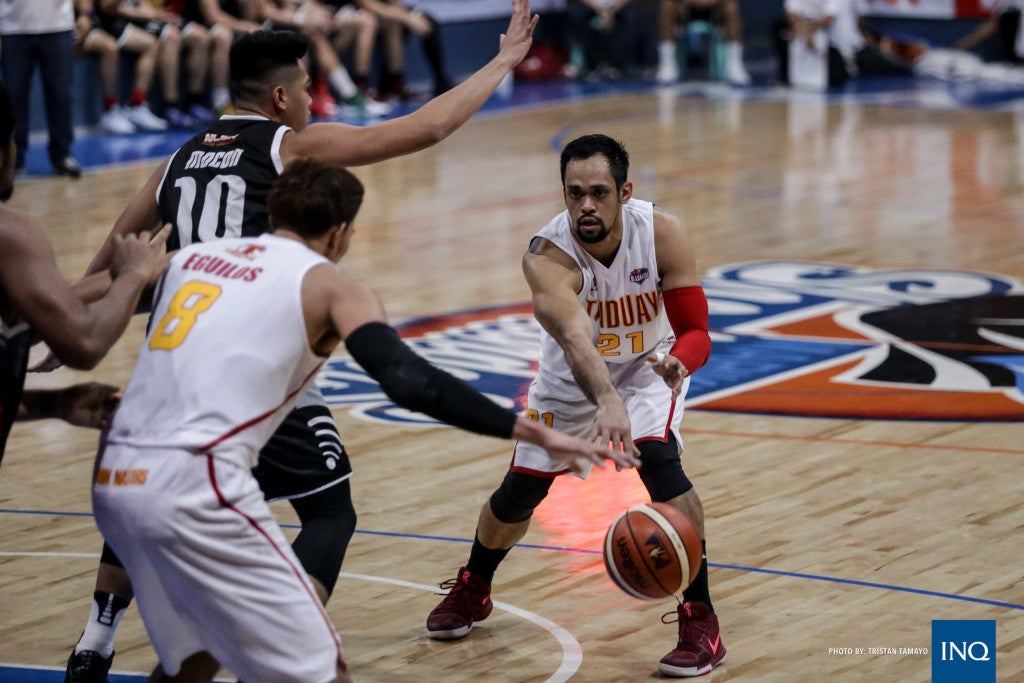 Starting this season, the league allowed teams to sign up players exceeding the age limit of 30 years old, granting that they previously played in the PBA. One of those is restricted to an age of 32, while the other has no age limit, giving teams a chance to beef up their squad with legitimate PBA talent.

Jerwin Gaco is a prime example as the 36-year-old joined Tanduay late in the conference. He then emerged as a solid contributor for the Rhum Masters, netting 14.0 points and 7.3 rebounds in his six games.

Ex-Meralco reserve Joseph Sedurifa also made the most of his opportunities, averaging 15.4 points, 6.8 rebounds, and 3.2 assists in his stops with Batangas and Cafe France.

Other ex-pros who took their talents to the D-League include Pamboy Raymundo and Harold Arboleda with Cignal-San Beda, Angelus Raymundo and, later on, Lester Alvarez for Tanduay, Juneric Baloria with Cafe France, and Ogie Menor with Batangas.