Valdez happy to have found new home in Creamline 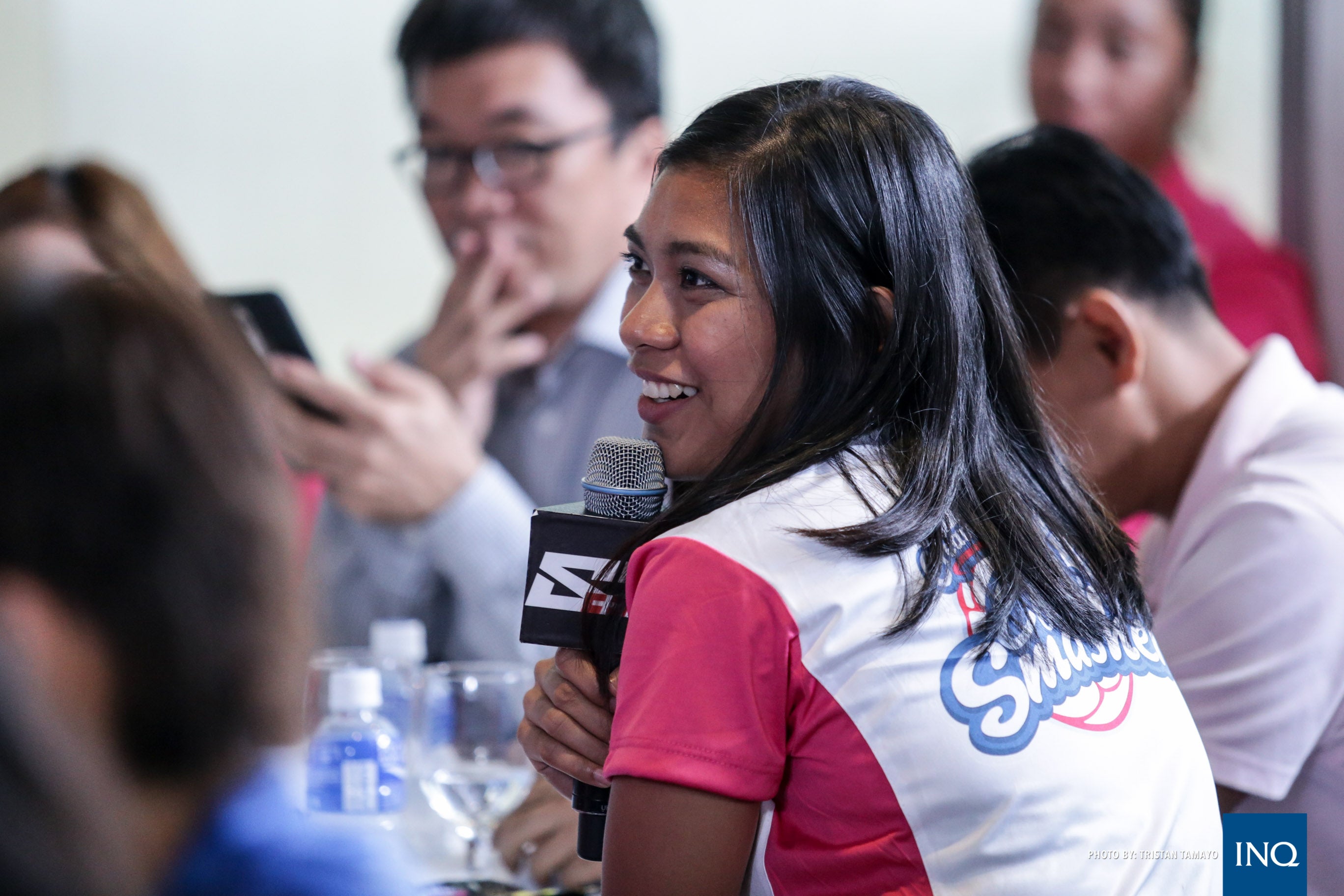 Alyssa Valdez didn’t win any award or trophy from her stint in Thailand but what she took home was more valuable than any hardware.

Valdez, widely considered as Philippine volleyball’s brightest star, said her experience with 3BB Nakornnont in the Women’s Volleyball Thailand League was an eyeopener as she learned important lessons on and off the court that she hopes to pass on to her teammates back at home.

“Even if I was only given ample [playing] time, I hope I could be able to apply and share what I’ve learned to my teammates here in the PVL,” Valdez told INQUIRER.net Tuesday during the official launch of the Premier Volleyball League.

READ: Valdez proud of what she left in Ateneo

Valdez said she had to get used to a different environment, far from the limelight that she got so accustomed to as a three-time UAAP MVP and two-time champion with the Ateneo Lady Eagles.

“I was really out of my comfort zone. Imagine for the past 10 years I was under a system in UST and Ateneo but in Thailand, I was the one who had to make adjustments, I was the newest member of the team,” Valdez said.

“Being alone is really hard but I really got the chance to be with myself and at the same time be with the Filipinos in Thailand. I really enjoyed being in Thailand and their culture and their tradition.”

And while she earned accolades in the UAAP and V-League, the 23-year-old Valdez was reminded in Thailand that she still has a lot to learn.

“As an athlete, I really want to challenge myself that If you think you’re there already, you want to feel that there’s still more and you push yourself more,” said Valdez, who is now the cornerstone of Creamline in the PVL.

“When I saw them play, I really saw I had nothing to show every volleyball player there that I’m nothing. But I also liked that feeling, that I needed to do extra work for myself.”

After suiting up for Balipure and Bureau of Customs in her past V-League stints, Valdez said she’s pleased to have found a home with the Cool Smashers.

“After a year, I finally signed with Creamline for a couple of years and I’m really happy that I found a team that I can call family and be my home again,” she said.

The real work, however, hasn’t started yet.

“It’s really going to be a process because we’re starting a new team. We’re not going to see the improvements right away, we’re going to see it in the coming tournaments. We’re just hoping to put on a good show,” Valdez said.

“As a team we want to show we’re one team but that’s the crucial part of this process and we’re hoping that even in just a short time we can develop a connection.”