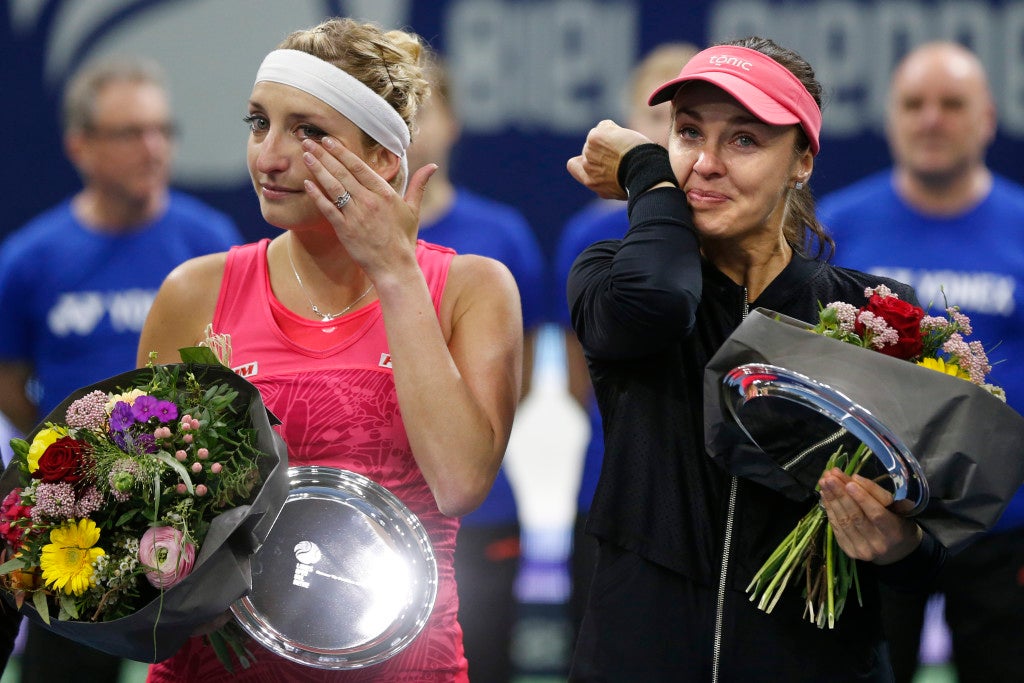 PARIS — Martina Hingis looks to reach a first Fed Cup final in almost two decades when Switzerland face Belarus with the former world number one revelling in her role as the team’s “big sister”.

Hingis, 36 and a five-time Grand Slam singles champion, was just 17 when she and Switzerland were defeated 3-2 by Spain in the 1998 final.

Hingis won both her singles rubbers in that tie but lost the key doubles alongside Patty Schnyder.

Since then, she has retired and made two comebacks, carving out a successful career as a doubles specialist, even managing to claim a silver medal alongside compatriot Timea Bacsinszky at the Rio Olympics last year.

Hingis will play just doubles in Minsk on Sunday although that could prove a decisive mission against a Belarus squad who are making their semi-final debut.

“In the Fed Cup, I am like the big sister now,” admitted Hingis. “My role is different these days but we are a strong team with a great spirit.”

Switzerland made the semi-finals by defeating two-time champions France while Belarus shocked the Netherlands despite the continued absence of former world number one Victoria Azarenka who has taken a break from the sport after giving birth to her first child.

Bacsinszky is the tie’s top singles player, ranked at 22 in the world, with Viktorjia Golubic at 54.

Injury-plagued Belinda Bencic is now down at 129 but was as high as seven in February last year.

By contrast, Belarus’s top player is Aliaksandra Sasnovich, ranked 96 with Aryna Sabalenka at 125 and Olga Govortsova, contesting her 31st Fed Cup tie, down at 147.

The hosts, however, are on an eight-match winning streak in the Fed Cup.

In Tampa, the United States, winners on 17 occasions, host defending champions Czech Republic who have been winners 10 times — five in the last six seasons.

The US, without the pregnant Serena Williams, will be led by Coco Vandeweghe, the world 24 and 36-ranked Lauren Davis while Bethanie Mattek-Sands brings her speciality in doubles which has brought her 25 titles.

The US have not made the final in seven years.

The Czechs, bidding to reach a sixth final in seven years, are missing their four leading singles players, including world number three Karolina Pliskova and two-time Wimbledon champion Petra Kvitova who is recovering from fighting off a knife-wielding intruder in December.

In their place, world number 38 Katerina Siniakova and 109-ranked Denisa Allertova are poised to make their singles debuts in the tournament.

Kristyna Pliskova and Marketa Vondrusova could make their doubles bow.

Vondrusova, 17, stunned the sport last weekend when she came through qualifying to win a debut career title at the Biel/Bienne Open in Switzerland despite her humble ranking of 233.