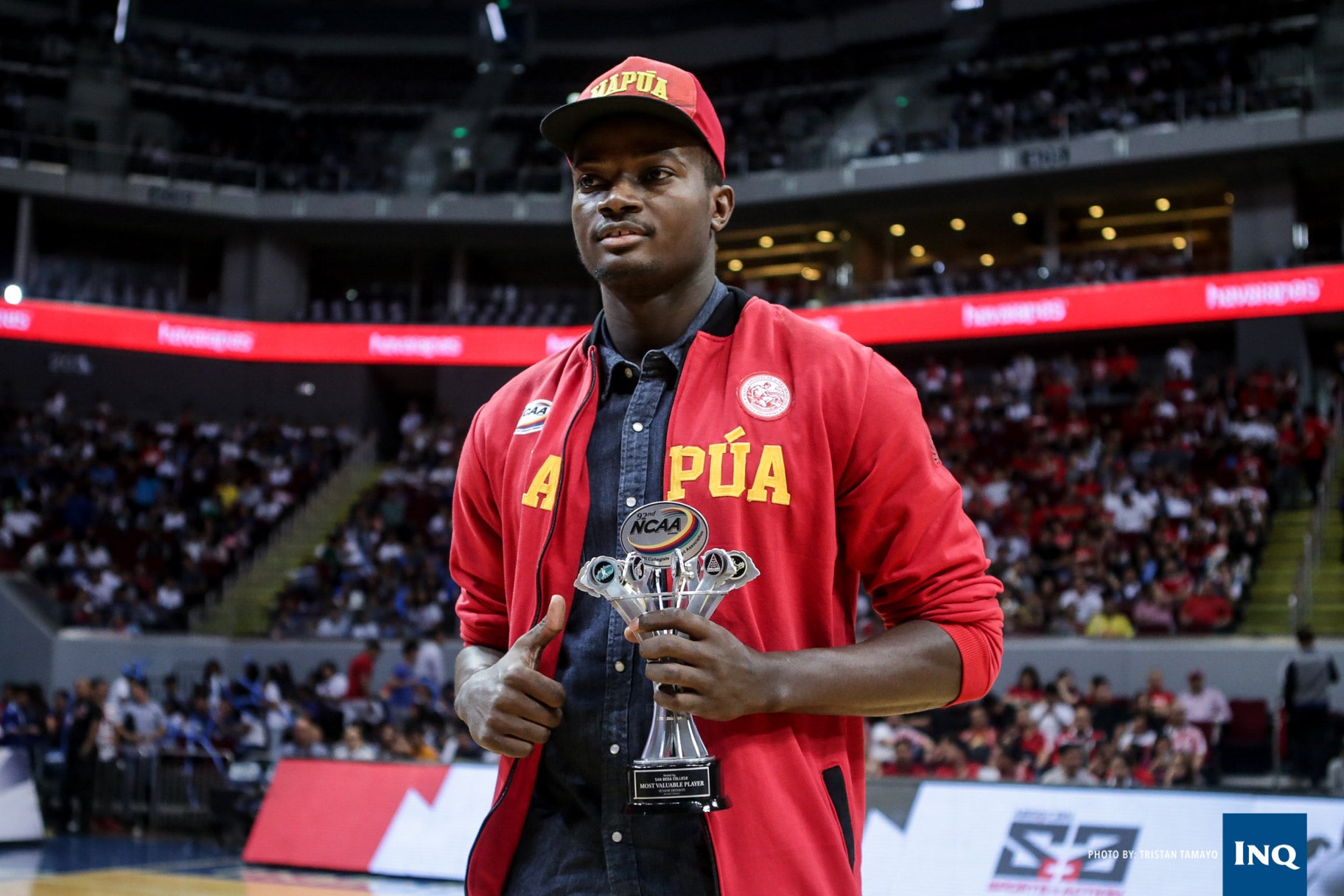 No less than coach Atoy Co bared the development as the Cardinals lost a valuable piece in their campaign for the upcoming NCAA Season 93.

“Oraeme is gone,” the outspoken mentor said. “He left because he said that he’s no longer happy with Mapua and will just go back to Nigeria.”

Despite Oraeme’s explanations, Co believes that other factors came into play with regard to his big man’s departure.

“I think that’s a shallow reasoning,” the PBA legend said before further expounding on the matter.

“I think there are disrespectful people who are undermining me and are talking to the kid, and that’s very wrong.”

This isn’t the first time Oraeme has plotted an exit from Intramuros.

Last year, the 6-foot-10 big man was rumored to be leaving Mapua after being named the MVP, Rookie of the Year, and Defensive Player of the Year in his first year with the Cardinals.

“This has happened before, when he said that he doesn’t want to play for me. Now, it’s a different tune and he’s saying he’s just going back home,” he said. “I asked him why is he here? Because life in Nigeria is very hard, so he’s here to have a good future – free scholarship and a little allowance. Now, he’ll say that he’s going back to Nigeria? Then he’ll come back here and say that he’d returned because he has nothing to do there? I don’t buy it.”

A fuming Co made it clear that he will not sign any clearances if Oraeme does return to the country in hopes for playing for another school.

“What they don’t understand is before he gets to play for other schools, he has to get a clearance from me. And no, I won’t give it because why would I? If he indeed goes home to Nigeria, I will see to it that he won’t go back here in the Philippines.”

“If he goes home, he goes home. I will exhaust every measure that I can that he won’t be back here,” he said.

The 21-year-old Oraeme averaged 16.0 points, 20.0 rebounds, 2.4 blocks and 2.2 assists in 34.7 minutes this past NCAA Season 92, where he led Mapua to its second consecutive Final Four appearance en route to his second MVP award.

Co is in Antique scouring for young talent in the ongoing 2017 Palarong Pambansa where he hopes to recruit players for the future of the Cardinals, with his eyes geared towards acquiring frontcourt players.

“I need big men. I still believe that height is might,” he said.

With Oraeme gone, Co will bank on the leadership of Darrell Menina and JP Nieles for Mapua this season.