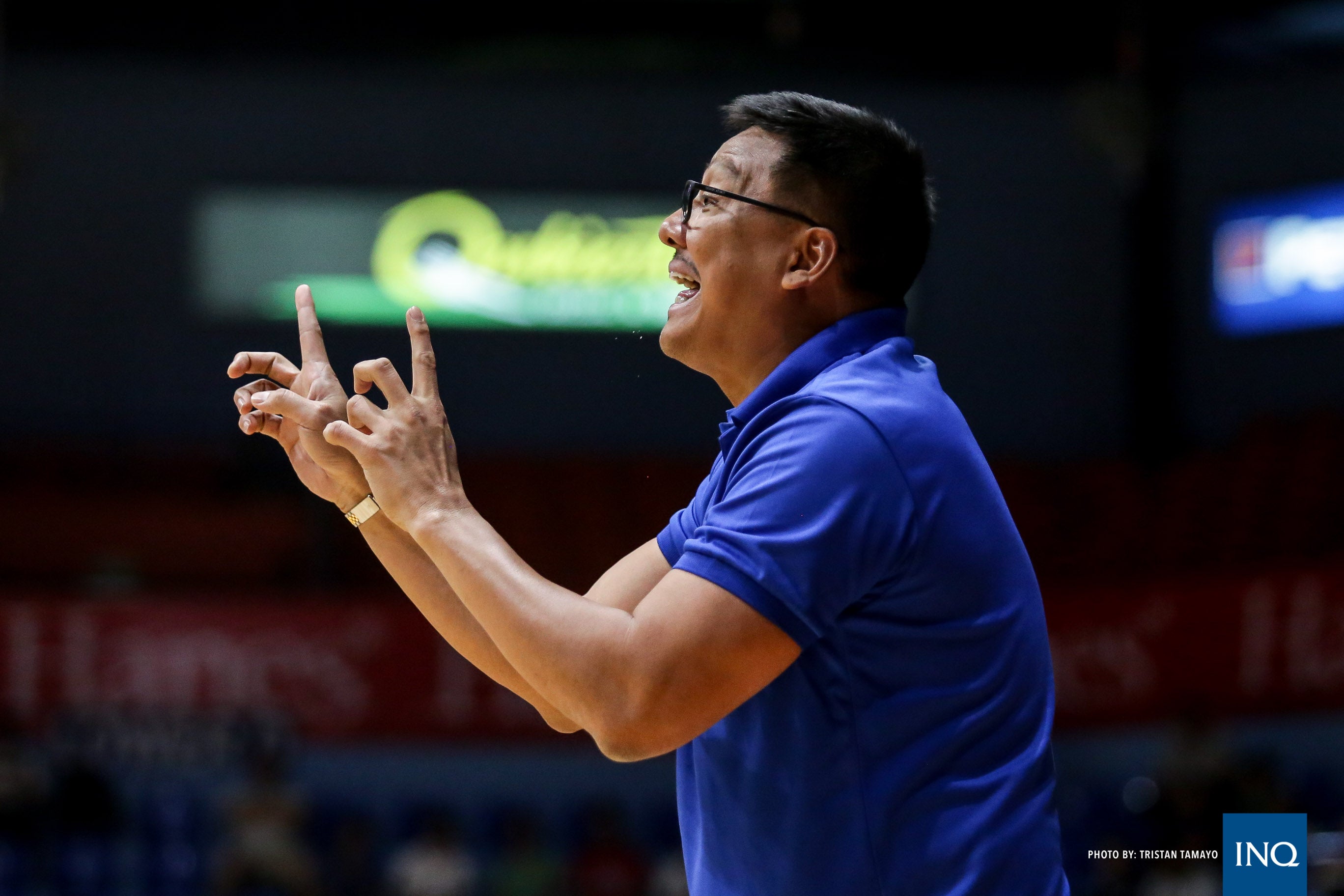 “Honestly, I don’t have a good team. We’re not strong,” Meneses, the PBA legend, downplayed after JRU’s 85-81 upset of the reigning UAAP champion.

However, Meneses said what makes his Heavy Bombers stand out is their relentless approach to defense, the same way with how they played the Green Archers on Monday.

“If we will play the same way every game in the NCAA the way we played, I think we’ll go places,” he said.

One guy who Meneses will rely on in the coming NCAA Season 93 is Gio Lasquety, who now plays a veteran role.

The 23-year-old knows the bigger responsibility he and Tey Teodoro now have as the team’s elder statesmen and he has gone out of his way to show his leadership this early on in the preseason, telling his teammates to put the work on defense first.

“I’ve already told my teammates that when coach puts them in, they have to start on defense. The offense will follow, but we have to contribute on defense first,” Lasquety said. “From the start, we made it clear that we’re going to win games because of our defense.”

Meneses is hopeful that Lasquety’s words aren’t just lip service and that JRU can sustain its good showing up to the NCAA season.

“If we continue doing this, we’re going somewhere. I’m not saying it will be top four, but I think we’ll beat anybody in the league,” he said.