Real Madrid snap up ‘next Neymar’ 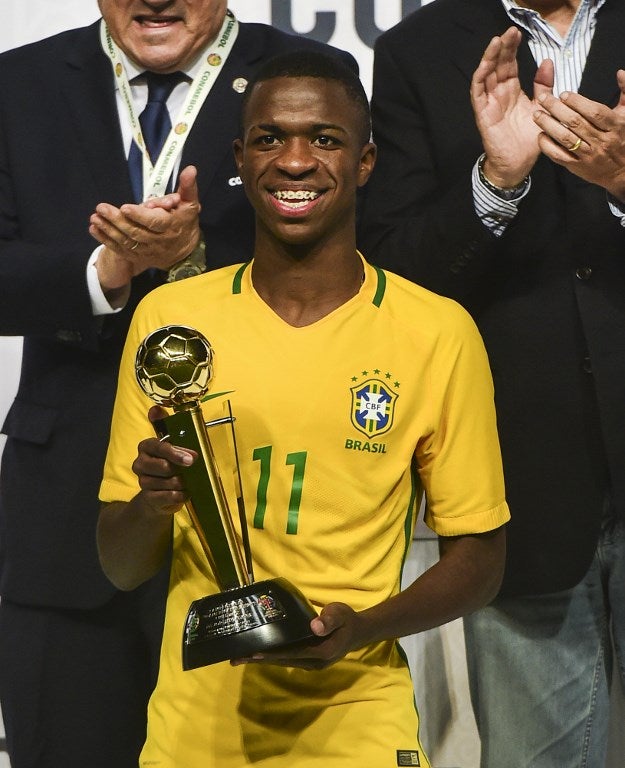 Real Madrid have agreed a deal reportedly worth up to 40 million euros to sign teenage Brazilian prodigy Vinicius Junior from Flamengo once he turns 18, the Spanish champions said on Tuesday.

The 16-year-old forward has drawn comparisons to Barcelona star Neymar after shining at the under-17 South American Championships, with Barcelona, Manchester City and Paris Saint-Germain also reportedly showing interest.

“Real Madrid and Flamengo have reached an agreement regarding the transfer of… Vinicius Junior from July 2018,” the La Liga club said in a statement.

“The player will remain at his current club until July 2019, although he will be able to play for Real Madrid before then if both clubs agree to it.”

Real gave no details of the transfer fee, but reports in the Spanish press claim the deal could be worth up to 40 million euros ($45 million).