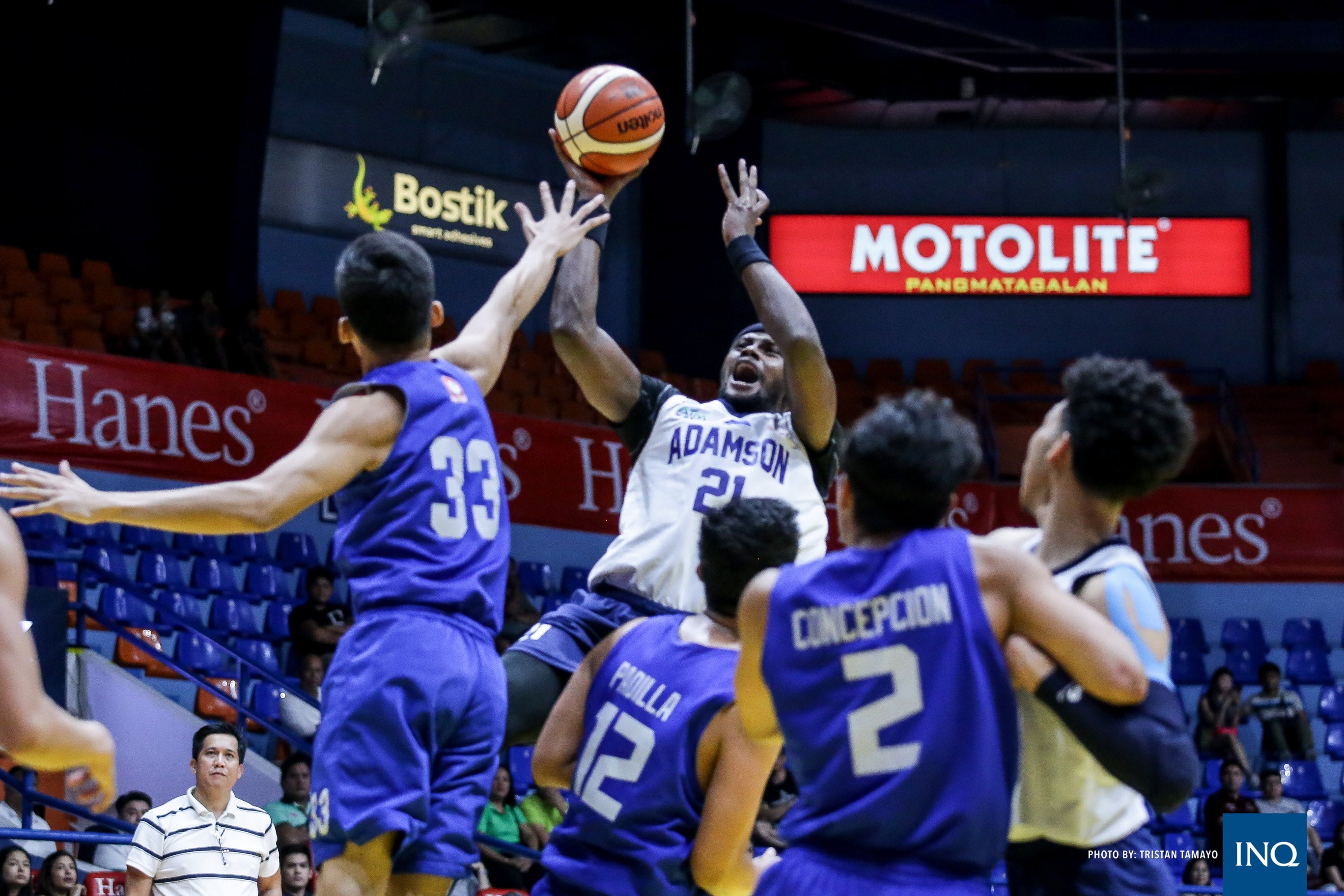 Adamson University recovered from its debilitating loss to Emilio Aguinaldo College and turned back University of the Phillipines, 58-50, in the Filoil Flying V Preseason Premier Cup Sunday at the tournament’s namesake Arena.

The Soaring Falcons improved to 6-1 after seeing their five-game winning run snapped at the hands of the Generals, 76-73, in their last game.

The Fighting Maroons were riding a three-game winning streak prior to their matchup against the Falcons in Group B and had to settle for a 3-1 card at the end.

“It’s a good bounce back game for us,” said Adamson head coach Franz Pumaren. “Sometimes, the players’ egos get involved but it’s still a win for us. At least it’s a testament we’re improving.”

Robbie Manalang and Sean Manganti had 11 points apiece to lead the Soaring Falcons while Papi Sarr did the dirty work for them and finished with five points and 13 boards.

Paul Desiderio had a game-high 17 points to go along with nine rebounds in a losing effort.