Tallo returns with a bang 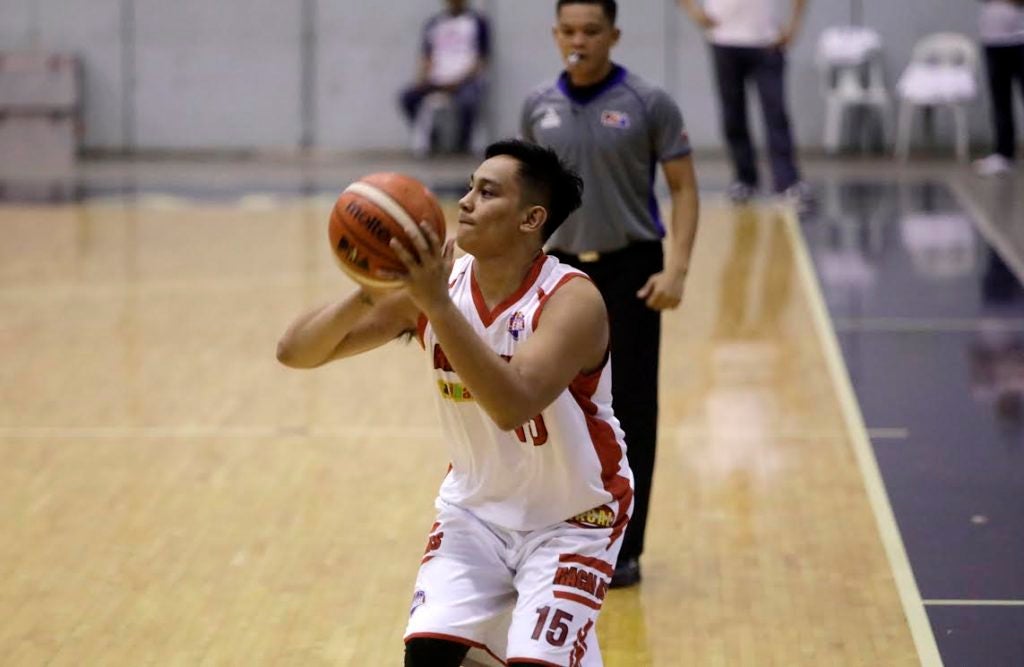 With his academic obligations over with, Mac Tallo can now fully focus on his basketball career anew.

And he feels grateful that Racal Motors gave him another shot.

“I missed the Aspirants’ Cup because I got injured, and I opted to finish my studies first with SWU. I’m lucky that I was able to recover and coach Jerry Codiñera picked me up again after this team made it to the Finals,” he said in Filipino.

The 23-year-old Tallo also shared that he has no regrets over his decision to leave the comforts of La Salle to test his mettle in Southwestern University.

“I just went on a different path, but the destination is still the same,” he said. “When I came back to Cebu from La Salle, nobody wanted me but Southwestern. So what I did there was improve myself and do everything I can to be a better player.”

And on Thursday, Tallo showed that he really means business in his return to Manila, unfurling 20 points built on four triples that went with four assists and three rebounds to carry the Alibaba to a 118-100 victory over AMA Online Education to start the 2017 Foundation Cup.

Tallo said that he expected a lot from himself in his PBA D-League debut, but never imagined to produce churn out a scintillating sniping in the rout of the Titans.

“I expected that I’ll be able to contribute but my expectations weren’t that high. I know for myself that I still needed to practice, but my first D-League experience was truly great,” he said.

Despite his confidence-building start, the two-time CESAFI Most Valuable Player believes that he still needs to improve a lot before he can fill up the hole left by Racal’s stars last conference.

“I want to improve my defense because I saw my deficiencies earlier. I’m still adjusting to the system and the officiating,” he said.

And he’s hoping to make his adjustments with the guidance of his veteran teammates in Racal, while also trying to raise his stock for the upcoming 2017 PBA Draft.

“My teammates are helping me. Kuya Allan (Mangahas), kuya Roider (Cabrera), everyone of them are sharing their experiences to me because I’m the youngest one here,” he said. “As for the draft, I still don’t know. We’ll see if I think I’m already prepared for the PBA.”