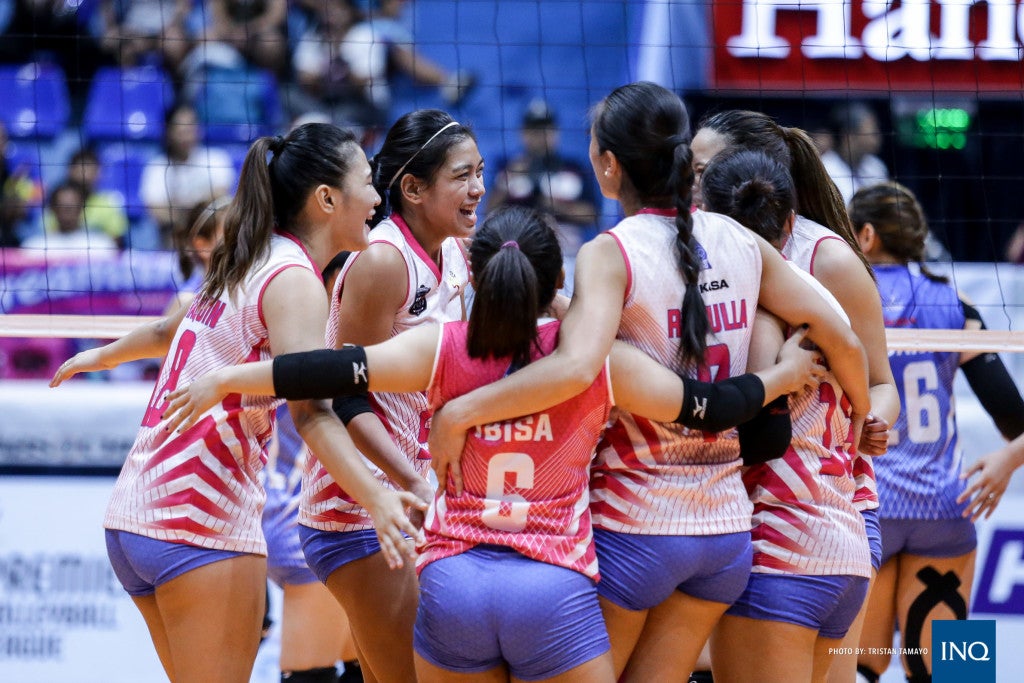 Creamline skipper Alyssa Valdez said Saturday that their miserable record against Bali Pure has certainly affected the entire team, and with the Cool Smashers battling for a spot in the finals the ace hitter added they better change their mindset.

“Definitely the record is affecting the team,” said Valdez after losing for a third straight time to the Water Defenders, dropping a 22-25, 25-23, 25-14, 25-21 in the semifinals of the Premier Volleyball League Reinforced Conference at Filoil Flying V Centre in San Juan.

Valdez and company are 0-3 against the Water Defenders dating back to the elimination round.

“We’re really working hard to perform well and give a good fight, and we failed to give our opponents that,” said Valdez. “Bali Pure is a veteran team with Jeng [Bualee] and Grethcel [Soltones] have played in commercial leagues and international competitions.”

Bualee is the PVL’s most decorated import with her achievements dating back to when the league was still named the Shakey’s V-League.

Valdez added they have to find a way to finish matches stronger after dropping the third set against the Water Defenders in quick fashion.

“It’s really frustrating, you get the first set, you almost win the second set then your energy and confidence, as a team, just plummets come the third set,” said Valdez, who had 12 points in the loss. “This is a learning experience for the team and I hope we can change the mindset come the second game.”