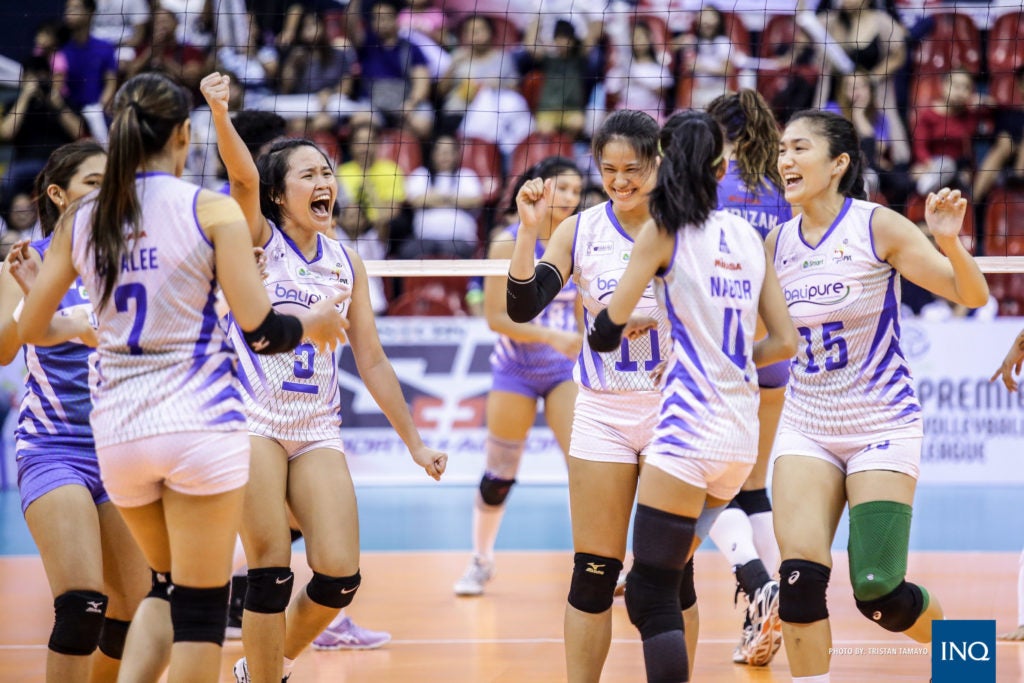 The multi-titled mentor bared that the vehicle driven by Jerrili Malabanan figured in a minor accident in EDSA on her way to the Philsports Arena in Pasig.

“She was driving and she bumped a car. She was with Grethcel and my players in San Sebastian. That’s why they were late because of the traffic. Thankfully, the battle for third went to a fourth set and they were able to make it here,” said  Gorayeb in Filipino.

Malabanan was with Grethcel Soltones, Iris Oliveros, and Alyssa Eroa when the accident occurred. She asked her teammates leave her so they could make it to the venue.

“We didn’t know what to do. We were freaking out. But I told them to go ahead and they just took a Grab and I just stayed with the car,” said Malabanan.

Soltones took over in the fifth set and dropped 11 points, while Malabanan herself made her mark with 10 in the victory.

“Jerilli’s mind was on another place. That’s why I didn’t put her on our first six. But thankfully, she recovered for us,” said Gorayeb.

The Fil-Am spiker said that all the hassle she went through was all worth it thanks to the conquest.

“It was a crazy day; getting into that accident and playing in that game. But it was all worth it,” she said.

As for her car, Malabanan said that everything was settled thanks to a little help from his uncle.

“My tito has the car and they’re fixing it. They should have it settled by tonight,” she said.