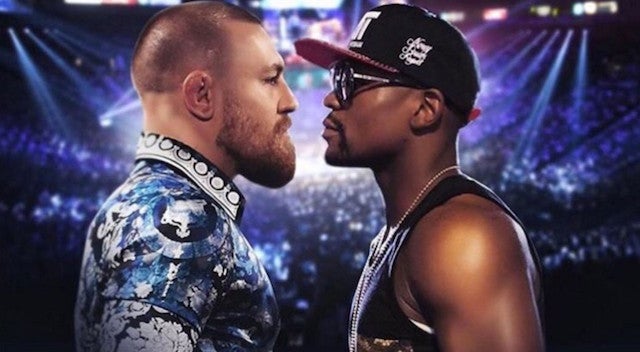 a tweet stating “THE FIGHT IS ON.” He also included photos of the two combatants.

Promoter Dana White said the key to the fight was getting 40-year-old Mayweather to come out of retirement.

“We have been in negotiations for a while,” White told American sports broadcaster ESPN.

“The negotiations went smooth. Floyd Mayweather surrounds himself with smart people and we got the deal done.”

White said two would fight as boxers and it will take place at the T-Mobile Arena.

The boxing format heavily favors the undefeated Mayweather who many consider to be the best pound-for-pound fighter in the world.

McGregor, 28, will be entering unknown territory as he has not stepped into a boxing ring since he was a teenager.

White said they would wear 10 ounce boxing gloves and added that his MMA client McGregor is confident of victory.

“He is absolutely, 100 percent positive he will win this fight. When two men step into the ring anything can happen,” White said. CBB