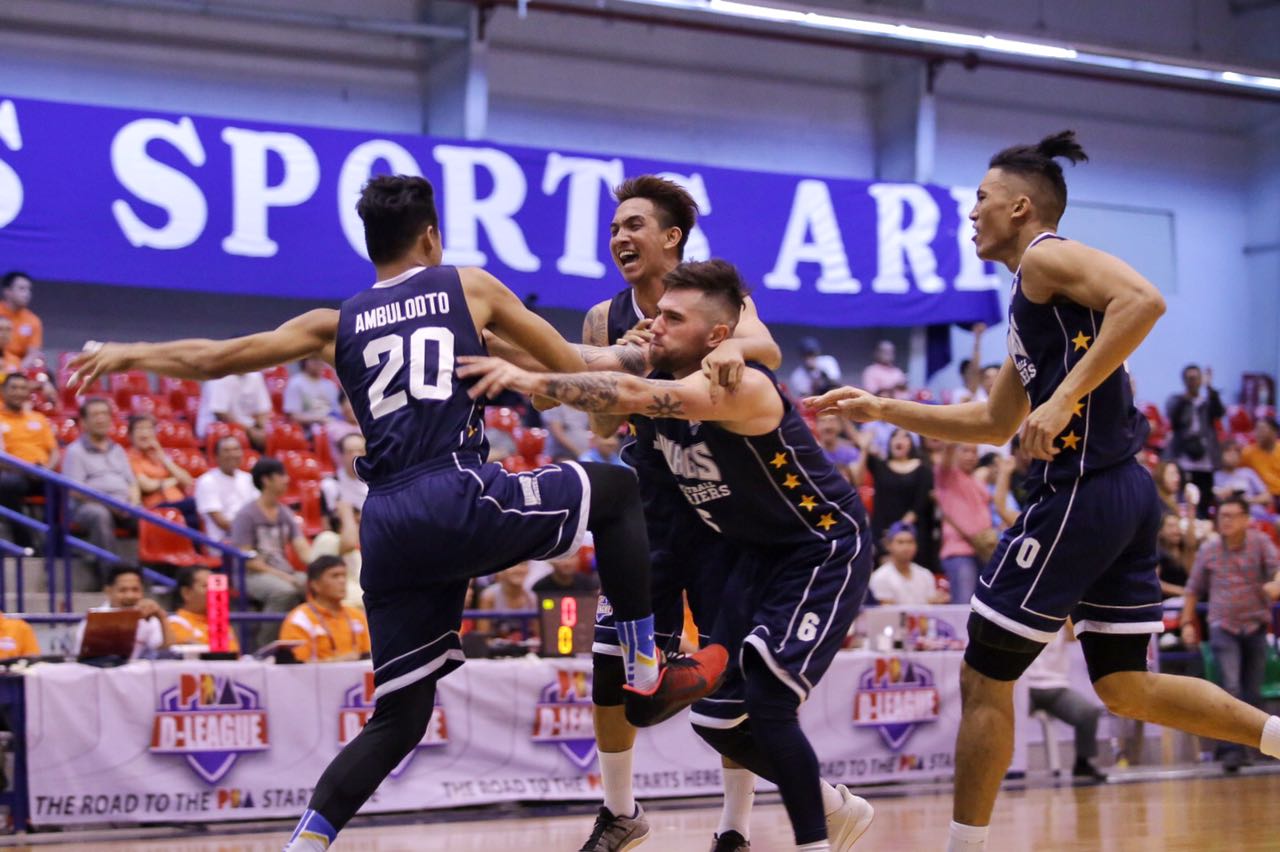 John Ambulodto sank the game-winning basket at the buzzer to lift Wangs Basketball to a gutsy 88-86 victory over Gamboa Coffee Mix Tuesday in the 2017 PBA D-League Foundation Cup at Ynares Sports Arena in Pasig.

The St. Clare big man received a pass from the driving Tim Habelito and had no second thoughts on hoisting the shot with the clock dwindling down as the Couriers snapped their two-game losing slump and improved to an even 2-2 slate.

“Even if he was in foul trouble, he had the patience to take the shot,” said coach Pablo Lucas of Ambulodto, who finished with four points and five rebounds.

Robbie Herndon captained the Couriers with 27 markers on a 3-of-5 shooting from threes, to go with five boards and two assists, while Michael Juico added 22 points, four dimes, and three rebounds.

Wangs squandered a nine-point lead, 70-61, early in the fourth quarter and stumbled to a 79-76 deficit thanks to a Leo Avenido-led 12-1 run for the Coffee Lovers.

But the Couriers regained their footing late, with Herndon drilling a huge three from the top of the arc with 1:08 to play while capitalizing on Gamboa’s four straight misses from the charity stripe to survive the thrilling affair.

“Breaks of the game,” said  Lucas. “Good thing that our players did not give up and showed their never say die attitude. Leading or not, they were just focused on the game.”

Ken Acibar chimed in 15 markers and eight boards, while Mike Parala got 11 points and six rebounds in the loss.