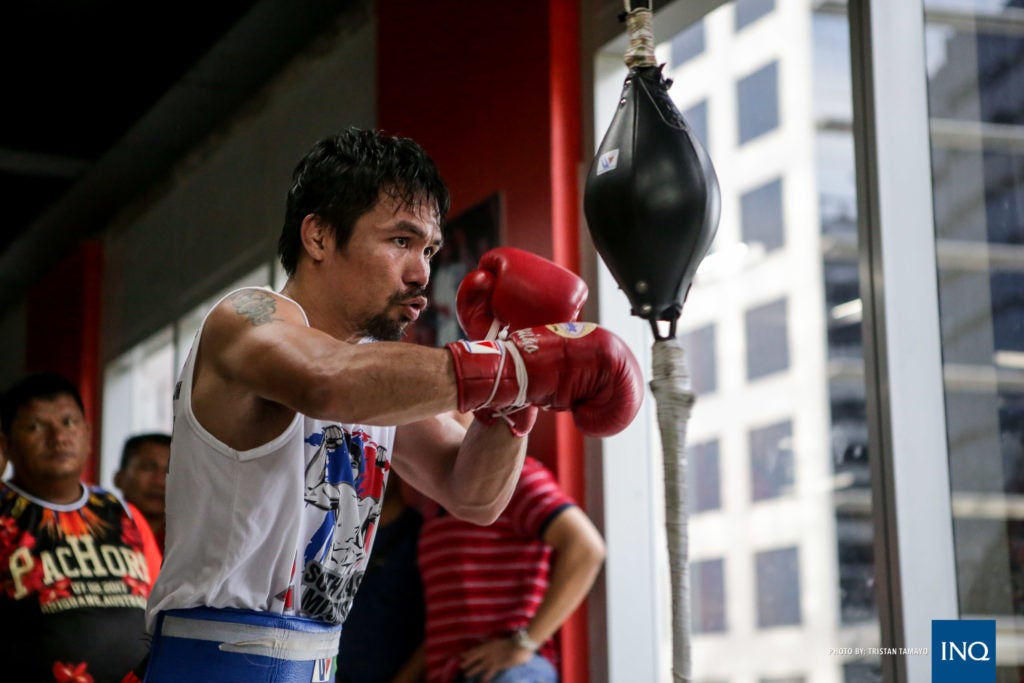 Manny Pacquiao training for his fight against Jeff Horn set on July 2 in Brisbane, Australia. Photo by Tristan Tamayo/INQUIRER.net

BRISBANE, Australia—The drawing power of Manny Pacquiao remans as strong as ever with his fight against Jeff Horn billed as the “Battle of Brisbane” headed for a sellout.

“They (Australian organizers) told me that 45,000 tickets have been sold and that they’ve added 5,000 more,” said Mike Koncz, Pacquiao’s longtime adviser, referring to the 52,500-seat Suncorp Stadium, venue of the world title fight.

And so as not to disappoint the fans, Koncz said Sunday that Pacquiao needs to score an impressive win over Horn, who may hardly be known globally but is regarded as a local icon here.

“Manny needs to make a statement. We can’t go and have a 12-round decision,” said Koncz, who arrived here six days ahead of Team Pacquiao.

“Horn is a great kid. Nothing personal against him, but he is not in the league of Manny, hasn’t got the experience of Manny, probably has the heart of Manny.

“But with all of Manny’s experience ad abilities, if we can’t win this fight decisively and have a knockout, then Manny and I need to sit down and consider what we will gonna do in the futue. So it is imperative we have to make a statement.”

A knockout, according to Koncz will boost Pacquiao’s stock in the sport, which dipped a little because of his failure to stop an opponent in the last eight years.