Everything falls into place for Cabagnot, Beermen 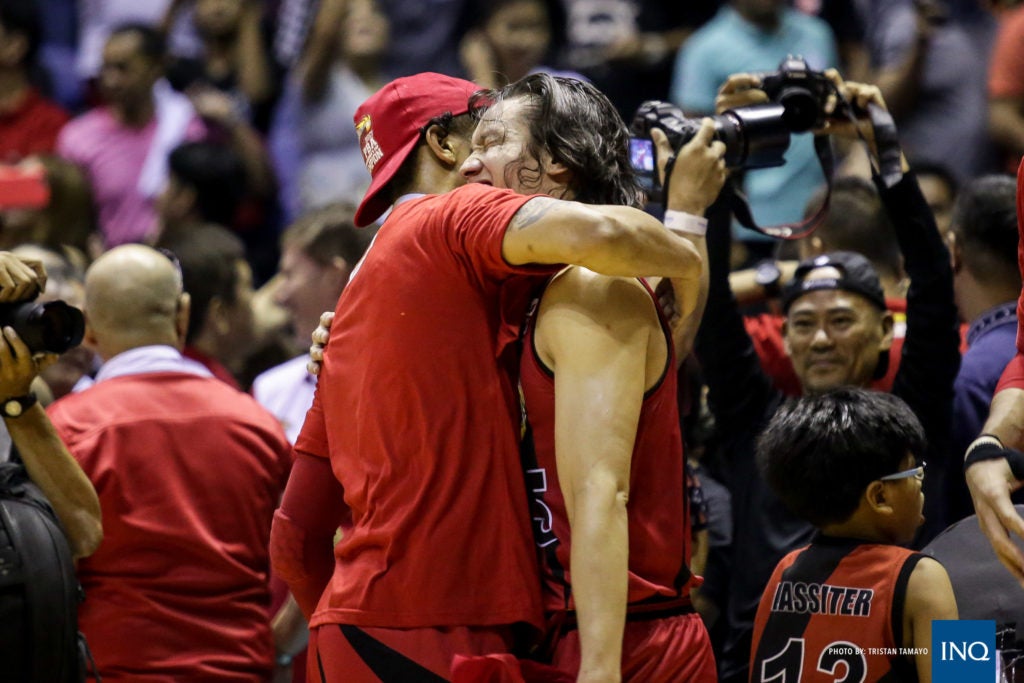 In the end, everything worked out for Alex Cabagnot.

Losing the Best Player of the Conference award to Chris Ross, the veteran playmaker still shone the brightest when it mattered most as he was adjudged as the Cignal-PBA Press Corps Finals MVP.

Averaging 20.3 points, 8.0 rebounds, 5.8 assists, 1.3 steals in the series, Cabagnot capped off his stellar campaign with a huge triple-double outing of 19 points, 12 rebounds, and 11 assists in the championship-clinching 115-91 Game 6 win over TNT on Sunday.

Cabagnot’s rare statline was the first of its kind in the championship series since Game 2 of the 2005 Philippine Cup, when Willie Miller went off for TNT with 22 points, 10 rebounds, and 10 assists.

But the 34-year-old is just glad to secure his sixth in his 12-year professional career after yet another fruitful run with the Beermen.

“We’ve been together for so long and we know the ultimate goal is for San Miguel to win. Whoever plays well, we accept that, but it’s really that we just want to really win,” he said.

Cabagnot’s deep bond with Ross is one of the biggest reasons why the Beermen work, saying his familiarity with his backcourt partner from way back to their Coca-Cola days has been integral in helping the team rack up these trophies.

“We were teammates at Coke, and I wish we would’ve stayed a little bit longer together then. We’re feeling it out over there,” he said. “But when we came back together again, we already knew how each other plays. The difference, it’s like night and day. Chris Ross does his thing and I do my thing. I think we’re yin and yang in those things.”

With five championships in the last three years, there’s only one thing left this San Miguel squad needs to cement its place among the greats: complete the Grand Slam.

However, Cabagnot would rather take this time and rest first before the Beermen think about another war in the season-ending Governors’ Cup.

“We’re gonna celebrate and get our bearings,” he said. “I think the management — boss Ramon S. Ang, boss Alfrancis (Chua), and boss Robert (Non), especially coach Leo (Austria) — they’re really adamant about getting this title. Right now, I’m just happy we got it for them.”