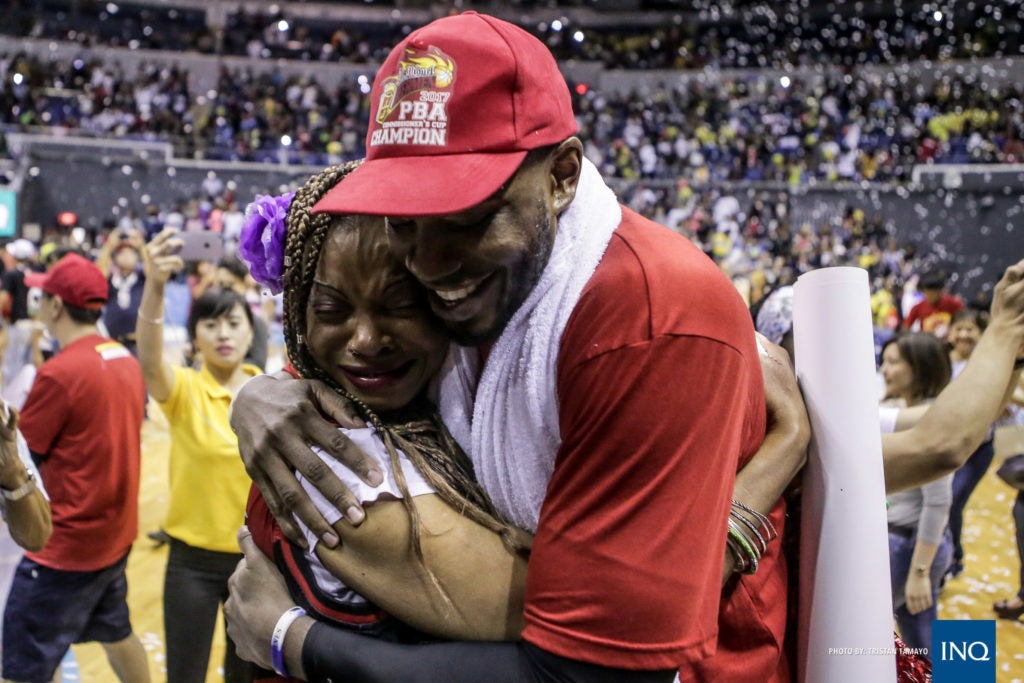 Charles Rhodes’ nine-year odyssey for a title has finally come to an end.

Always on the cusp of a championship but never a champion, the mercurial reinforcement made sure he’d be one on Sunday night, catching fire early in what would be a title-clinching Game 6 for San Miguel over TNT.

“I knew I had to set the tone, but the other guys set the tone also. So in first quarter, we just wanted to come in and punch them in the face first because if we do that, we know we’ll win the game,” Rhodes said after pouring in a game-high 30 points that went with 11 rebounds, three assists, four blocks, and two steals to carry the Beermen to their first Commissioner’s Cup crown in 17 years.

“They’ll be so intense trying to get it to a Game 7, they’ll be shooting bad shots, so we did that and everything took care of itself.”

Forget Dominic McGuire, the NBA veteran who was supposedly the Beermen’s first-choice import this conference. Forget Ricardo Ratliffe, the decorated Star reinforcement who has owned Rhodes’ number in the Korean Basketball League and the one coach Leo Austria endorsed as the prospective Best Import.

When the dust settled, Rhodes stood tall, drenched in confetti and soaking in all the glory after finally getting over the hump as he made believers out of doubters.

Getting a year older here in the country, the 32-year-old will be coming home in Galveston, Texas not only as the Best Import but also a champion.

“My first championship and it happened in the Philippines. I’m just lost for words,” he said. “I just want to thank San Miguel for choosing me, to boss Ramon S. Ang for always giving me encouraging words, my bosses, and my teammates. We went through a little adversity, but these guys, they’re great teammates. They welcomed me as family from day one.”

Rhodes’ job may be done, but he knows the rest of San Miguel isn’t.

And as the team makes a run at a rare Grand Slam in the season-ending Governors’ Cup, Rhodes gave Wendell McKines, who will be SMB’s import for the third conference, some words of wisdom.

“I told him the pressure’s on him now,” he said with a chuckle. “The pressure’s off my back. I’m a champion, so I ain’t gonna worry about that. But yeah, I just gave him encouragement. And he’s going to get the job done. He’s a hard worker.”

Rhodes is just also glad that he’ll be going home the same way he arrived.

“I came to a parade in my first day here and I’ll be having my own parade soon,” he said.