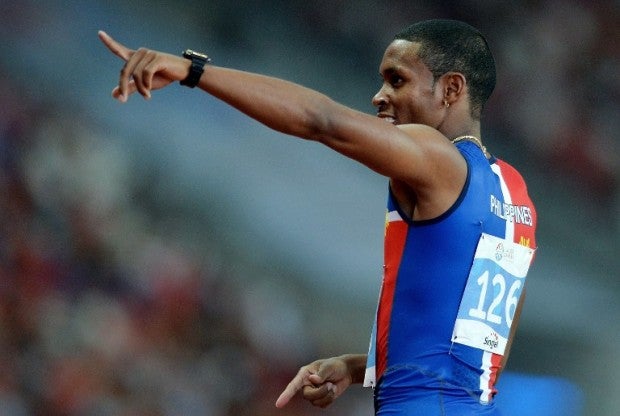 The Filipino-American ruled his pet event late Saturday in 49.57 seconds, a fraction of a second slower than his existing Southeast Asian record but enough for Cray to crown himself as the newest Asian champion.

It quenched the gold-medal drought of the Philippines in the continental championships after eight years or since three-time Olympian Marestella Torres won the women’s long jump in the 2009 Guangzhou, China edition.

Chen Chieh of Chinese Taipei chased Cray, also the fastest man from the Asean region, but couldn’t keep up and settled for the silver in 49.75 seconds. MP Jabir of India placed third in 50.22.

Trenten Beram, another Fil-foreign trackster, advanced to the semifinals of the men’s 200m with a new PH record of 21.05s.

Beram obliterated the previous national standard (21.12s) he set during the Philippine Athletics and Track and Field Association trials at Philsports in Pasig City on June 24.

Cray holds the SEAG standard of 49.40s done in 2015 Singapore as well as the national record of 48.49s he achieved during the Meeting de Atletismo Madrid in Spain last year.