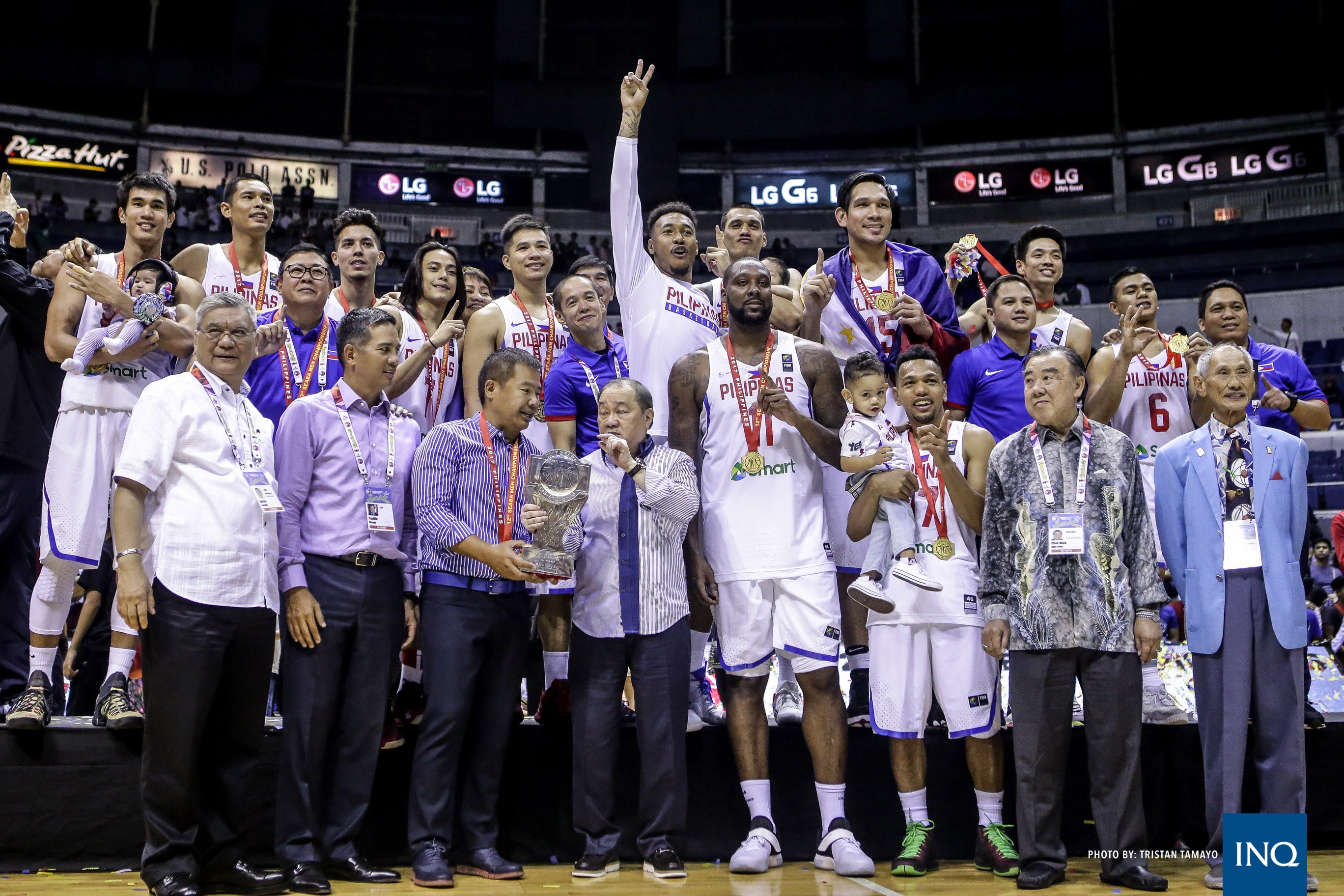 TAIPEI – Team Philippines is assured of being represented by its best when the World Cup Qualifying starts in November as the PBA has agreed to push back the opening of its next season to December.

This move, plans of which came out in an Inquirer reports several weeks back, was approved when the league’s board met a few days ago as the PBA does its part in helping Gilas Pilipinas come up with the best selection possible.

Bracketed with Australia, Chinese Taipei and Japan, the Philippines will play games in those countries starting in November, before hosting the Aussies, the Taiwanese and the Japanese in games in Manila.

The new scheduled is an arduous one and will have Gilas playing two games each in November, February and June next year.

With the new PBA opening schedule, the league also penciled its calendar to be playing elimination round games in the February and June playdates so as not to jeopardize title chances of teams where Gilas players will come from.

Participation of the PBA’s veteran stars in the next Gilas event, the Fiba Asia Championship in Lebanon near the end of August, still hangs in the balance as it will run smack into the season-ending Governors’ Cup that opens this Wednesday.

June Mar Fajardo of San Miguel Beer, the reigning three-time PBA MVP, Terrence Romeo of GlobalPort, Japeth Aguilar of Barangay Ginebra and Calvin Abueva of Alaska are just some of the names considered shoo-ins for Gilas in its toughest international tournaments.

Gilas sent its team of Cadets and several amateurs led by Ray Parks and Kiefer Ravena to the Jones Cup here where the Filipinos hold a 2-1 record going into a clash with Japan’s Under-24 team at 1 p.m. on Tuesday.

This same squad – save for import Mike Myers – will be flying to Kuala Lumpur in Malaysia to defend the Southeast Asian Games gold medal.