Wangs hoping for the best in hot playoff race 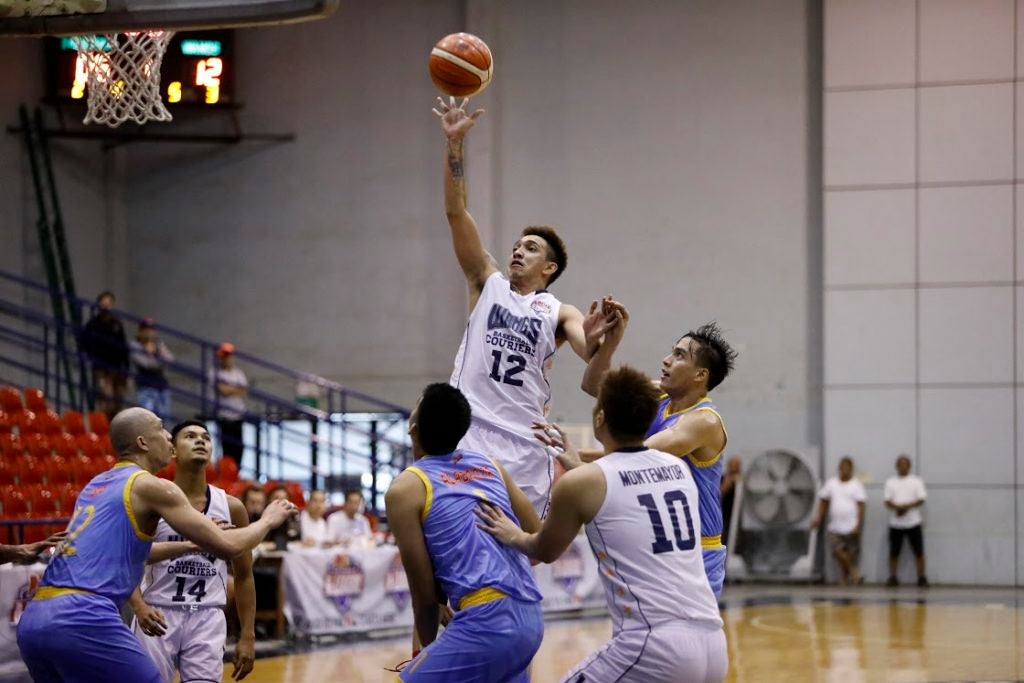 Wangs Basketball coach Pablo Lucas is staying optimistic as his team awaits its fate in the 2017 PBA D-League Foundation Cup.

“I hope so,” he said in Filipino when asked if he believes that his side can still make it to the quarterfinals. “The standings are still too close.”

The Couriers missed a chance to clinch a quarterfinal seat as they suffered a monumental collapse against Marinerong Pilipino, 83-82, on Thursday to finish their eliminations campaign with an even 5-5 slate.

But with victories over teams that are still in the thick of the race of the playoffs, Lucas has his reasons for keeping the faith even with Wangs’ outside chance.

“It’s tough that we’re going to depend on the other teams, but it’s a good thing that we were able to invest in our five wins and in the end, we’re all be having identical records,” he said.

Lucas thinks that the Couriers’ tight losses will be beneficial for his crew if they do end up with a seat in the top six.

“If we make it, I’m sure that the team will have a better run because we already learned our lessons. If we make it to the quarterfinals, I believe that we have a chance to advance to the semis,” he bragged.

Nonetheless, Lucas is already content with what the team has achieved after setting a franchise-best record since it joined the PBA D-League in 2013, thanks largely to the contributions of guys like Robbie Herndon, Michael Juico, and Chris Bitoon.

“This is already history for Wangs. We learned a lot in the years that we’ve joined and we can’t bring back the past, but we’re just hoping for the best,” he said.