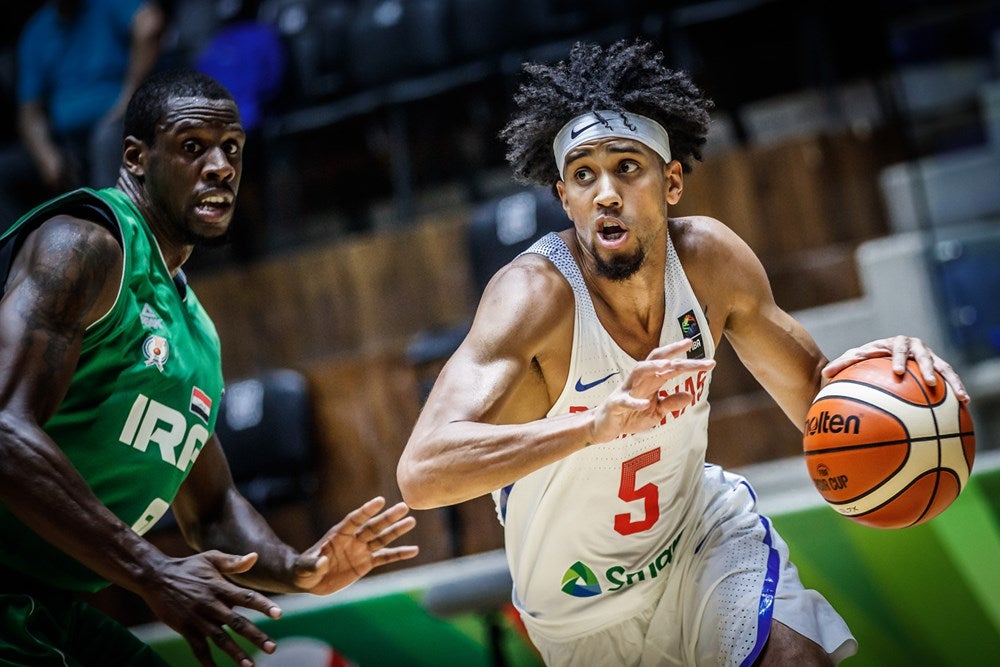 With all guns firing in an eight-minute stretch in the third period on Friday night, Gilas Pilipinas sent Iraq crashing face down in their Group B match and bagged an automatic quarterfinal berth at Nouhad Nowfal Sports Complex in Beirut, Lebanon.

Christian Standhardinger joined Terrence Romeo in presiding over a 19-0 tear as the Filipinos broke away from what had been a very tight contest for a 84-68 victory and a 2-0 record that assured them of safe passage into the KO stages.

That third quarter spurt climaxed the hard work the Filipinos put in to bounce back from a bum start and it meant that Gilas will, in all likelihood, be avoiding a quarterfinal clash with world power Australia.

Standhardinger, the tournament rookie who took the place of Andray Blatche as the country’s naturalized player at the 11th hour, touched off the crippling run with five straight points before Romeo connected on seven consecutive of his own.

It was more than enough for the Filipinos to snuff the fight out of the Iraqis, who, like in their Jones Cup encounter three weeks before, resorted to a lot of physicality.

Iraq was held to a paltry nine points in the third as the Gilas defense held its own in the shaded lane and in the perimeter.

Gilas clashes with Qatar at 9 p.m. (Manila time) on Sunday, with a win pushing China and Iraq to the qualifying round for the quarterfinals.

Defending champion China scored its first win, a 92-67 manhandling of the Qataris, and will close out preliminary round action against Iraq.

Australia and New Zealand, world powerhouses seeing action in the Fiba Asia zone for the first time, are both undefeated and set the pace in their own groups after the first four playdates.

Ranked 10th in the world, the Aussies first posted an

They would be closing out first-round play against the Chinese Taipei dribblers on Saturday seeking a sweep.

The Tall Blacks, on the other hand, survived a 33-point, 11-rebound, eight-assist performance from Lebanese legend Fadi El Khatib also on Thursday to pull off an 86-82 win over the hosts and also rise to 2-0.

New Zealand, which defeated the Philippines in the World Cup Qualifying’s wild card tournament in Manila last year, also defeated Kazakhstan and will be seeking top Group C ranking with a win over South Korea, also on Saturday.

El Khatib, meanwhile, is averaging 24.5 points and is running third in the department, which Gilas Pilipinas’ Terrence Romeo paces after exploding for 26 points in a 96-87 win over defending champion China on Wednesday night.

Syria’s Tarek Aljabi, a beefy shooting guard, is in second after scoring 25 points over Jordan.