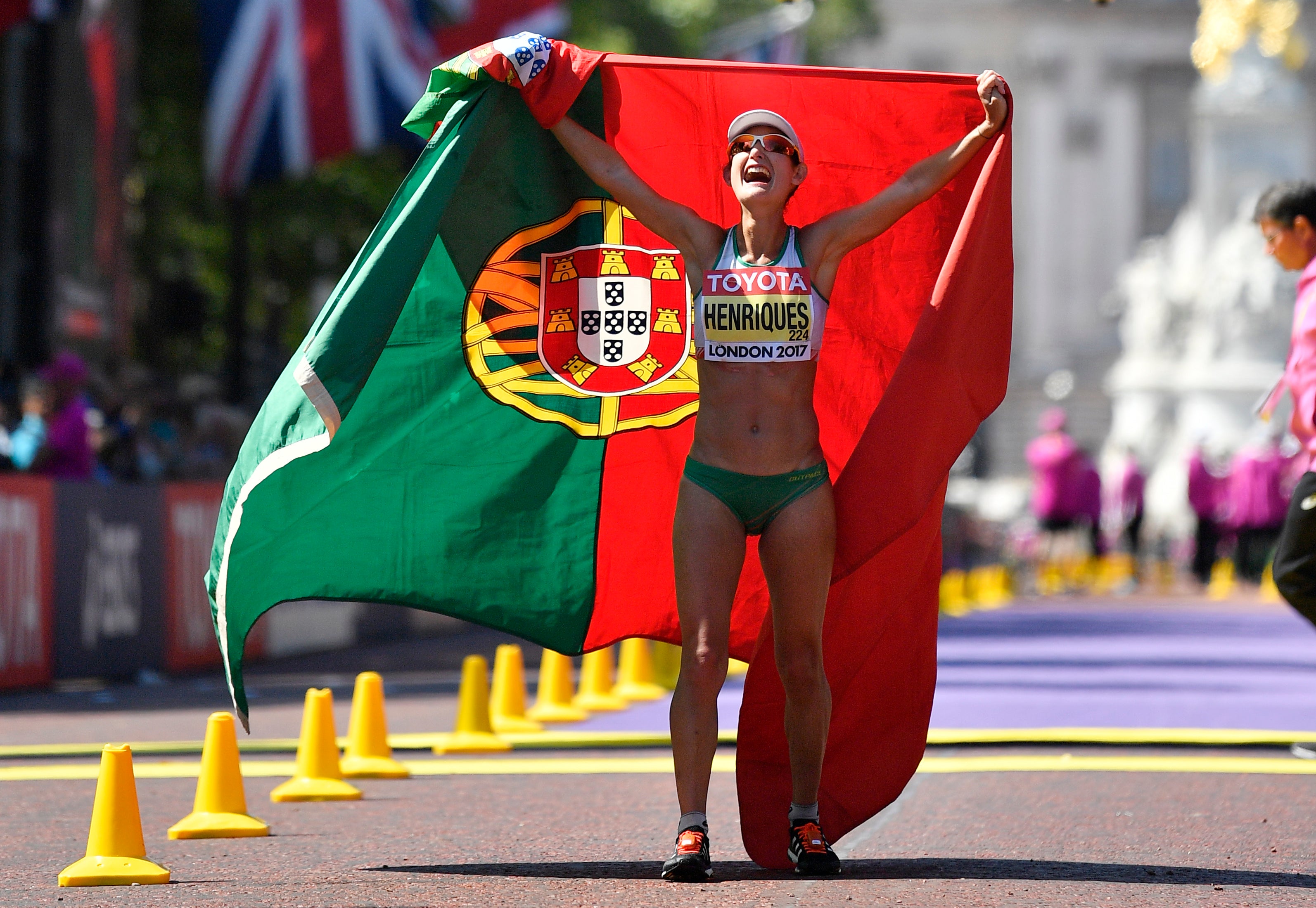 Ines Henriques of Portugal bettered her own mark on Sunday by finishing in 4 hours, 5 minutes, 56 seconds on the two-kilometer loop in central London.

“The last 5 (kilometers) were really tough,” said Henriques, whose previous world record was 4:08:26. “My goal was to go under 4 hours and 6 minutes.”

Only seven women started the race, which was being run at the worlds for the first time, and only four finished.

“A lot of training has gone into this – cycling, swimming – everything for this 50 (kilometer) walk,” Diniz said. “Last night I kept away from watching the TV because I did not want to get too excited. I went to bed at 9 because I knew it was going to be my day today.”

Hirooki Arai was second in 3:41:17, two seconds ahead of Japanese teammate Kai Kobayashi in third.

The 20-kilometer walks were also held Sunday. Yang Jiayu of China won the women’s event in a personal best time of 1:26:18. She beat Maria Guadalupe Gonzalez of Mexico by only 1 second.

Antonella Palmisano of Italy was third in 1:26:36.

Lyu Xiuzhi had been in line for bronze, but the Chinese walker was disqualified with about 50 meters to go.

Action will return to the Olympic Stadium later in the evening on the final day of the championships, and the United States is expected to add more to its medal haul in the 4×400-meter relays.