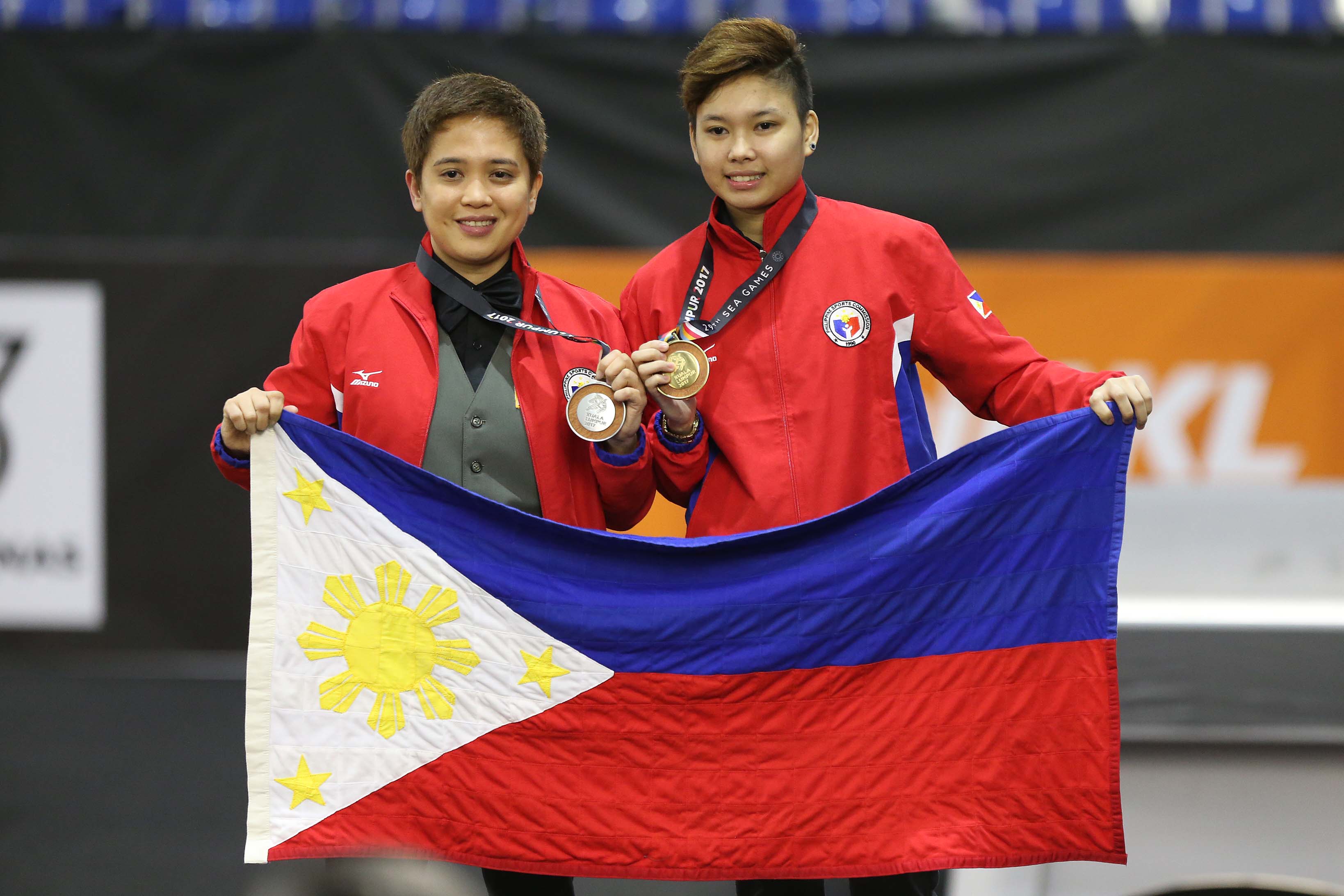 KUALA LUMPUR — In a sure-gold match for Team Philippines, Chezka Centeno managed to pull off a heart-stopping victory Sunday.

Amit blew what could have been a clear victory when she scratched hitting the 6-ball in the 13th game in an open table, sending Centeno back to steal the victory via run-out.

“In my mind I said I lost it already,” said Centeno in Filipino referring to the point when she missed the 3-ball in the 12th game that brought Amit back on the table.

“But she scratched. I didn’t expect that. Ate Champ (Amit) is a great player,” said Centeno.

Her victory, a repeat of the 2015 Singapore edition, once again stamped the Philippines’ dominance in women’s pool.

It was duplicated only in triathlon when the country won the gold and silver in both men’s and women’s divisions.

Amit, 35, stormed to 5-2 lead in final but Centeno managed to come back and even went on the hill  ahead of her.

“I missed the 3 ball that’s why she went on a hill also, from then I thought it’s all lost,” said Centeno whose mother hugged her after the final match.