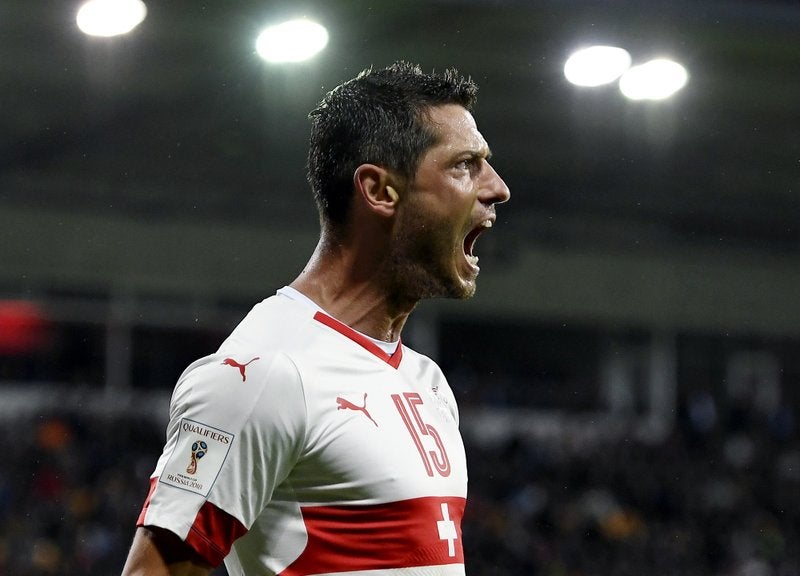 Switzerland extended its perfect record in World Cup qualifying by defeating Latvia 3-0 Sunday for its eighth straight victory, while Cristiano Ronaldo’s Portugal edged 10-man Hungary 1-0 to stay close at the top of Group B.

With two games left, Switzerland has 24 points, three more than defending European champion Portugal. Third-place Hungary stayed on 10 points and is out of contention.

An Oct. 10 showdown between Portugal and Switzerland in Lisbon will likely decide which team wins the group to automatically qualify for the 2018 World Cup in Russia. Three days earlier, Switzerland hosts Hungary and Portugal plays at Andorra.

Switzerland scored early and twice shortly after halftime to keep alive its impressive run in qualifying.

Forward Haris Seferovic netted his fourth goal in the qualifying campaign with a neat flick from close range, and Blerim Dzemaili and Ricardo Rodriguez added to the lead in the second half.

Portugal kept pace with Switzerland with its seventh straight victory since an opening 2-0 loss to the Swiss.

Andre Silva scored the winner with a header from close range after a cross by Ronaldo just three minutes into the second half in Budapest.

“It was a difficult game from start to finish,” Silva said. “We had to give everything we had. I’m glad I scored the winning goal.”

Hungary played with 10 men from the 30th after Tamas Priskin was sent off for an elbow on Pepe.

“We were always in control, but it was always a difficult and uncertain match,” Portugal coach Fernando Santos said.

Gilli Soerensen scored a first-half winner and the Faeroe Islands defeated Andorra 1-0 to guarantee its best qualifying campaign ever.

With two games left, the Faeroe Islands is in fourth place and out of contention for a World Cup berth, but it already has eight points — one more than it achieved ahead of the 2002 World Cup.

Lars Olsen’s team beat Latvia earlier in its campaign, and drew with Andorra and Hungary.

Its final games are against Latvia and at Hungary.

Andorra has four points from a win over Hungary and a draw against the Faeroe Islands.