Mayweather on why McGregor landed more punches than Pacquiao: ‘I wasn’t counterpunching’ 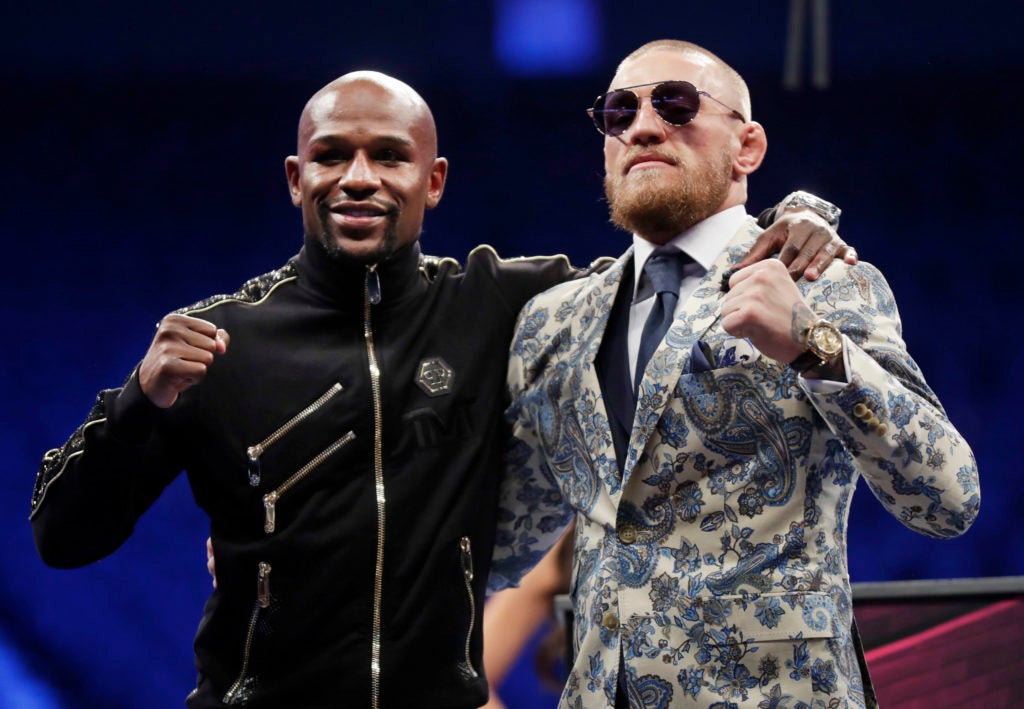 It’s been over two weeks since Floyd Mayweather Jr. kept his unblemished record intact after turning back the UFC’s Conor McGregor in arguably the biggest boxing match this year.

Although the 40-year-old future Hall of Famer cruised to victory en route to a 10-round TKO stoppage, boxing aficionados were amazed that McGregor, a boxing neophyte, managed to land a lot of punches against Mayweather’s seemingly impenetrable defense.

As it turns out, the UFC Lightweight Champion fared better on hitting the evasive fighter than some of the biggest  names in boxing—including the likes of Manny Pacquiao, Shane Mosley and Miguel Cotto.

In a recent footage from FightHype.com and relayed by MMA Fighting, Mayweather downplayed McGregor’s high striking success rate and said it was a result of him wanting to give fans a show.

“That’s because I wasn’t counter-punching and boxing,” the recently retired fighter explained.

“The reason why he probably landed a higher percentage or landed more shots than those guys was because I was coming straight ahead, I was barely moving, knocking his shots down a little bit and just breaking him down.”

“Money” also bared that he played coy in the earlier rounds and went with an aggressive approach in the latter ones, as advised by his team.

“That was the game plan, let him shoot everything,” he said. “I know he was gonna shoot shots from awkward positions, but the game plan was to dig into the body with good shots, hit him with left hooks, hit him with straight right hands and keep walking towards him, keep pressing him and pushing him back.”

His scheme proved to be effective, as Mayweather got his first finish in six years, after last knocking out Victor Ortiz in 2011.

“I could have just stayed on the outside, out-boxed him and counter-punched him, and probably still stop him down the stretch, but that’s not what I wanted to do,” the brash fighter said. “I wanted to press and push him.”  Khristian Ibarrola /ra