Shaken by Chiefs, Pirates take shot at Final 4 vs Altas 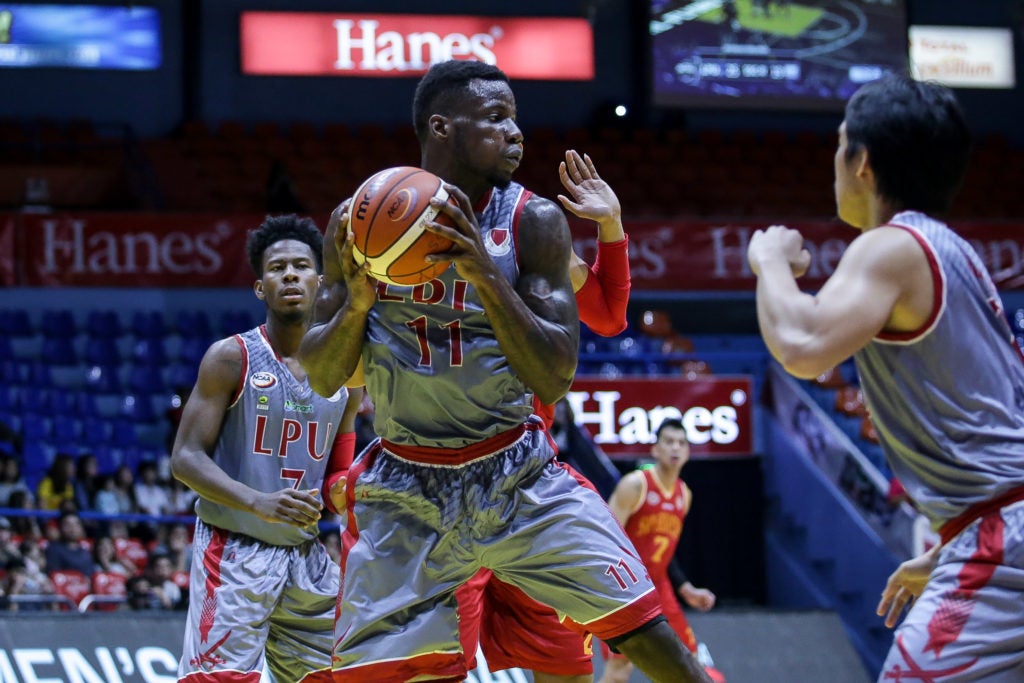 In the midst of a historic run, Lyceum shoots for a first Final Four appearance when it clashes with Perpetual Help on Thursday in NCAA Season 93 basketball tournament at Filoil Flying V Centre in San Juan.

The Pirates, who have won their first 12 games of the season, can clinch the first postseason berth since joining the league in 2009 if they beat the Altas in the 2 p.m. duel.

But while the Pirates have been untouchable this season, they nearly fell on the wrong end of an upset last Friday before surviving the Arellano Chiefs, 94-92.

Lyceum coach Topex Robinson hopes the narrow win will serve as a wake-up call for the Pirates to not take other teams for granted.

“I was actually ready for my speech, telling the team that we’re not invincible,” said Robinson. “But the lesson there is that if we’re not gonna play our basketball, any team could beat us.”

The Pirates have a wide array of weapons though as the likes of Reymar Caduyac, MJ Ayaay and JV and JC Marcelino stepped up down the stretch when CJ Perez fouled out.

San Sebastian hopes to stay in the thick of the fight for the last Final Four berth as it collides with St. Benilde at 4 p.m.

Coming off a 76-65 loss to San Beda, the Stags face the dangerous Blazers, who turned in their best performance of the season last Thursday when they beat the Altas, 83-55.

But while San Sebastian is hoping to stay in step with Letran and Emilio Aguinaldo College, which won their games last Tuesday, St. Benilde, with a 3-9 record, is looking to avoid early elimination.

The Altas, who have a 4-7 record, have shown flashes of competitive fire against the top teams in the league.

Your subscription could not be saved. Please try again.
Your subscription has been successful.
Read Next
So, Aronian held to semis draws
EDITORS' PICK
vivo Philippines offers a free bouquet of flowers and a premium necklace perfect for Valentine’s Day
House energy committee chair Arroyo bats for cheap electricity
Philippines central bank to focus on inflation at next policy meeting – governor
Only 38% of students grade 1 to 3 prefer local language as medium of instruction — Pulse Asia
Omega Speedmaster super racing: Tiny device massive change
ACT slams Edca on 124th anniversary of PH-American war: ‘Tila hindi umalis ang mananakop’
MOST READ
Pokwang admits she lied about cause of split with Lee O’Brian: ‘Umasa akong aayusin pa niya’
Philippines’ own ‘Anna Delvey’ arrested in Taguig City
OWWA chief Arnell Ignacio: Socmed manager behind post on my love life
Vice Ganda asserts all is well with Karylle, takes swipe at ‘kuya’ who chimed in to be ‘trending’
Don't miss out on the latest news and information.