Pingris grateful for coach, teammates' support as he gets 5k points | Inquirer Sports

Pingris grateful for coach, teammates’ support as he gets 5k points 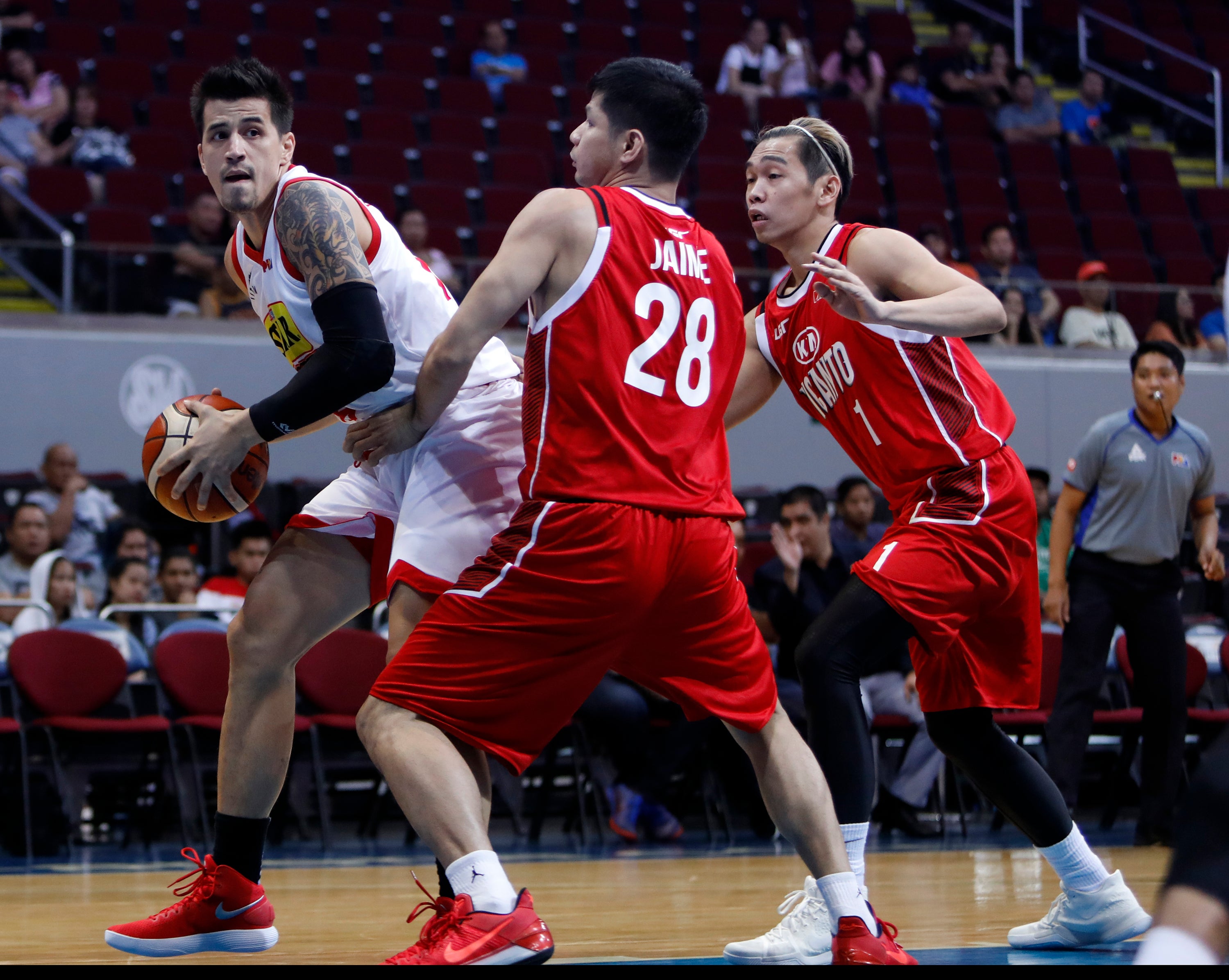 Marc Pingris eclipsed the 5,000-point mark in his career on Friday but he could’ve easily waited for another game to reach the milestone.

The fun-loving Star forward became the 81st local in the PBA to reach the scoring landmark when he finished with 12 points in Star’s 128-81 beating of Kia in the Governors’ Cup.

Pingris, though, wasn’t exactly chasing for the record, believing it’s just one of the many things he could still achieve in his career the PBA.

“I told my teammates to not always look for me in the offensive end. The important thing is that we get the win because I still have a long career ahead of me in the PBA,” said Pingris in Filipino as he finished the night with 5,001 career points.

“Just pass the ball to whosever open, but if given a chance I’ll take it.”

Pingris got the opportunity with 7.7 seconds left in the game, flushing home a smooth one-hander on an open dunk.

And Pingris wouldn’t even have reached 5,000 points if not for Star head coach Chito Victolero’s insistence that he come into the game despite the Hotshots holding a massive lead.

Pingris was five points shy of 5,000 when he sat at the bench before Victolero made an effort to put the forward back in the game and have the other four players on the court orchestrate the offense through their big man.

“Coach realized that I needed only five points and he asked me if I still want to play,” said Pingris. “I told coach that the decision is up to him so he just said ‘okay, you’re coming back in.’”

“He put that trust in me so I really thank him for that.”