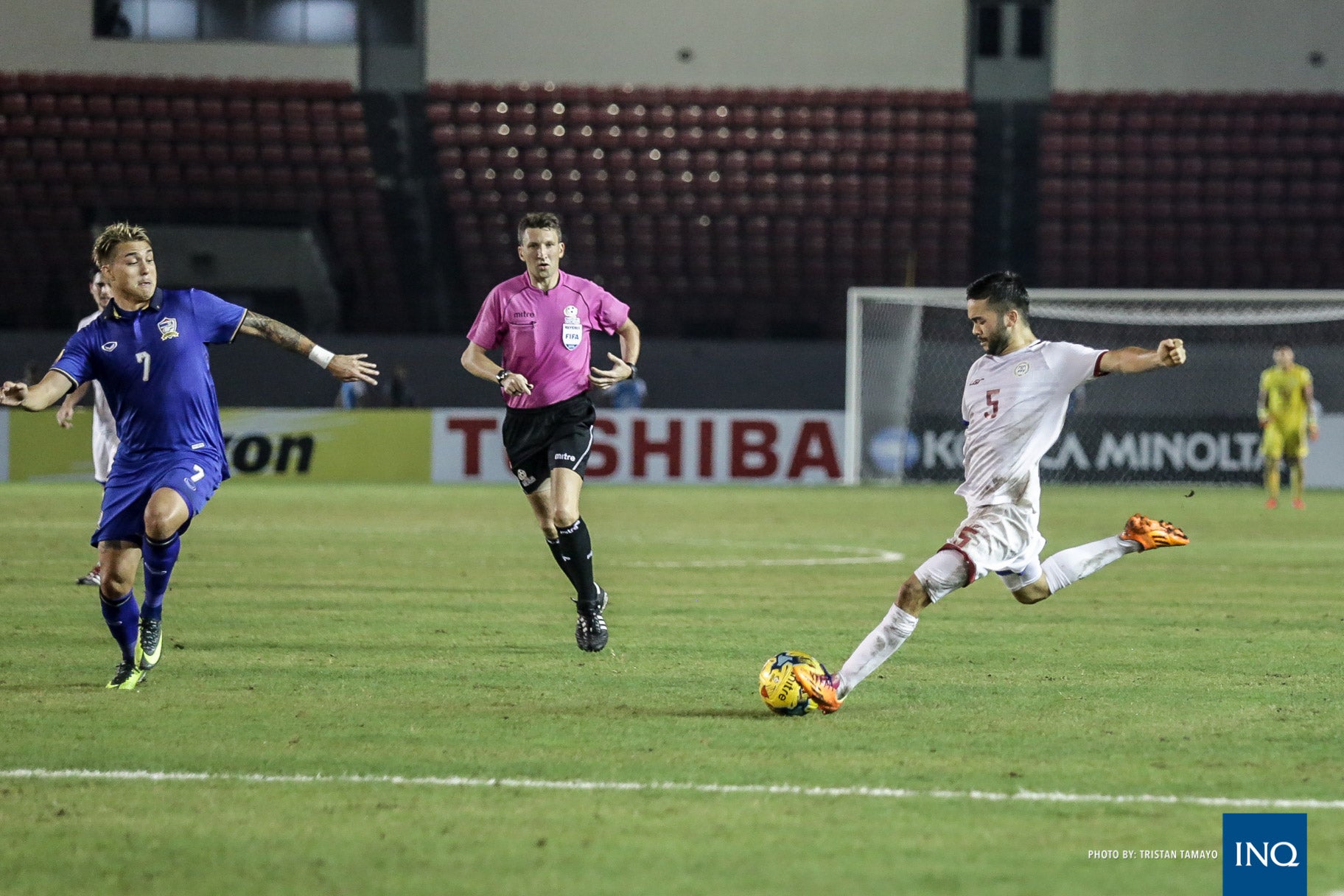 Mike Ott struck in the 89th minute as the Philippines salvaged a 1-1 draw with Yemen early Wednesday to stay on top of Group F of AFC Asian Cup Qualifying at Al Wakrah Stadium in Doha, Qatar.

The Azkals struggled to break down the Yemenis for most of the match until Ott, who plays for Angthong United in the Thai first division, got on the end of a clever ball from Paul Mulders and beat Mohammad Ayash at his near post for the equalizer.

Tawfik Ali put Yemen in front with an opportunistic strike in the 63rd minute after the Azkals failed to clear a corner.

With a second straight draw against the Yemenis, the Azkals improved to eight points, two ahead of Tajikistan and Yemen.

The Tajiks are ahead of Yemen on goal difference after beating Nepal, 3-0, in Dushanbe for their second straight win
While the result didn’t clinch the Azkals an Asian Cup berth, it could ultimately prove crucial as the Filipinos next face Nepal in Kathmandu on Nov. 14.

A victory in the Nepalese capital will seal qualification for the Azkals with a game to spare as Yemen will still play Tajikistan in Dushanbe.

With four regular starters out due to injuries, Azkals coach Thomas Dooley was forced to improvise with his lineup.

The Azkals came out with more energy and vigor in the opening exchanges but the Yemenis’ speed on attack always posed a threat.

Mike Ott forced a corner in the second minute with a deflected effort off a pass from Phil Younghusband.

But other than that early opportunity, the Azkals were left wanting in the final third.

As proven in last month’s 2-2 draw in Bacolod, the Yemenis were always quick to punish the Azkals for their mistakes.

And it was an error from Dennis Villanueva that nearly handed the Yemenis the lead four minutes before the break.

Villanueva sent his pass out of defense straight at Ala Al-Sasi who took a first time shot from 25 yards only to be denied by the crossbar. The follow up from Al-Matari was weak with Neil Etheridge quick to collect.

The Azkals opened the second half with another half chance, but the ball from Ott to Younghusband inside the area was a tad too heavy.

The woodwork rescued the Azkals for the second time in the 56th minute when Nabil Hazaea found space in the area and had Etheridge beaten. Two minutes later, Kane had to clear Ali’s header off a corner kick off the line.

Yemen finally got its reward just three minutes after the hour mark when Ali poked the ball home after the ball ricocheted off Mulders inside the area.

Needing a response, the Azkals quickly brought more men forward with little effect until substitute Junior Muñoz showed grit and determination as he marauded down the right and cut the ball back for Younghusband who took a touch for Mulders.

Mike Ott did a fine job staying onside before showing composure to finish as the Azkals summoned their never-say-die spirit to inch closer to a first Asian Cup appearance in 2019.