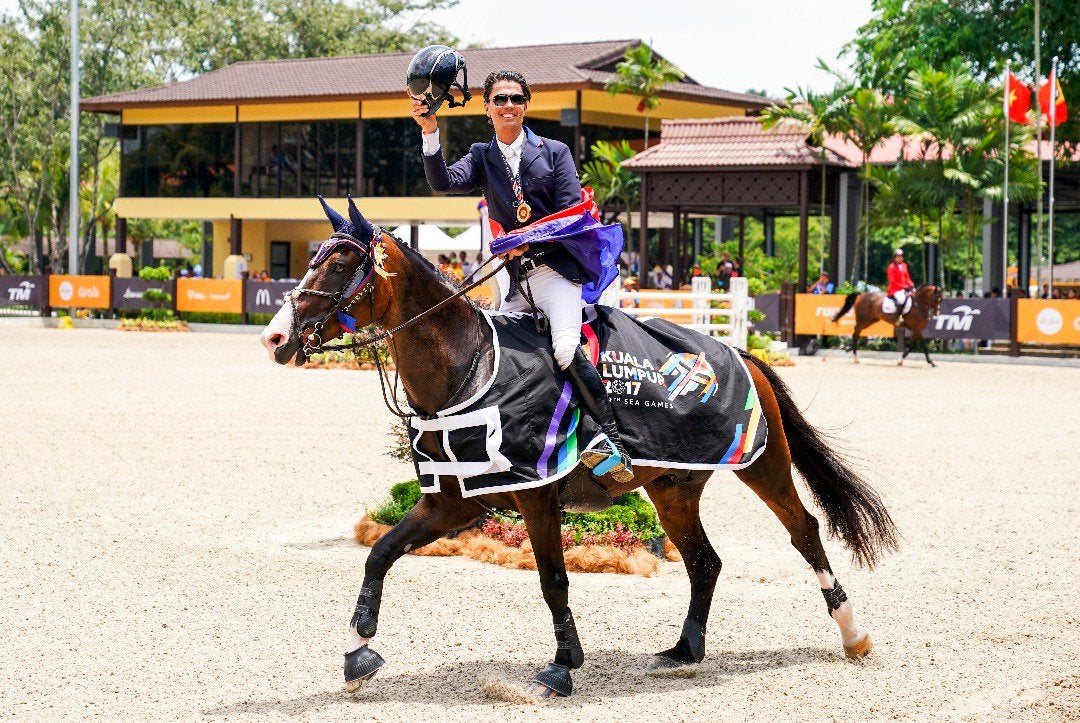 Colin Syquia of the Philippines. Photo taken from the official Twitter account of the 2017 Southeast Asian Games @KL2017

Filipino-American Colin Syquia has yet to make a decision whether to contest the international equestrian federation (FEI) findings that stated his mount, Adventure E, was found to have taken banned substance.

FEI came out with a “table of suspension” that included the horse of Syquia, a New York-based horse dealer who brought the Philippines its only gold medal in the Kuala Lumpur Southeast Asian Games last August.

If the test is finalized, Syquia could lose his SEA Games gold.

Adventure E was found to have Clomethiazole, a banned substance, in its blood. The horse was suspended for two months by FEI. The 46-year-old Syquia was “provisionally” suspended but the FEI decision didn’t say how long.

National team manager Danny Virata said they were informed of the FEI findings but until now have yet to hear from Syquia.

“We still don’t know if that was the first test, or if they are still going to conduct another confirmatory test,” said Virata.

Syquia saw action for the first time in the Philippine team but his stint encountered a major challenge after Adventure E had to travel for 36 hours hopping from New York to Amsterdam, Baku and KL.

The Filipino rider, who upstaged his Malaysian counterparts for the SEAG jumping gold, almost didn’t push through with the trip because of the stress undergone by his horse.

The Philippines struggled during the SEA Games with only 24 golds to show, its worst in terms of gold medals won in more than 10 years.