After nearly giving up on basketball, Herndon is ready to chase his dream | Inquirer Sports
Close
menu
search

After nearly giving up on basketball, Herndon is ready to chase his dream 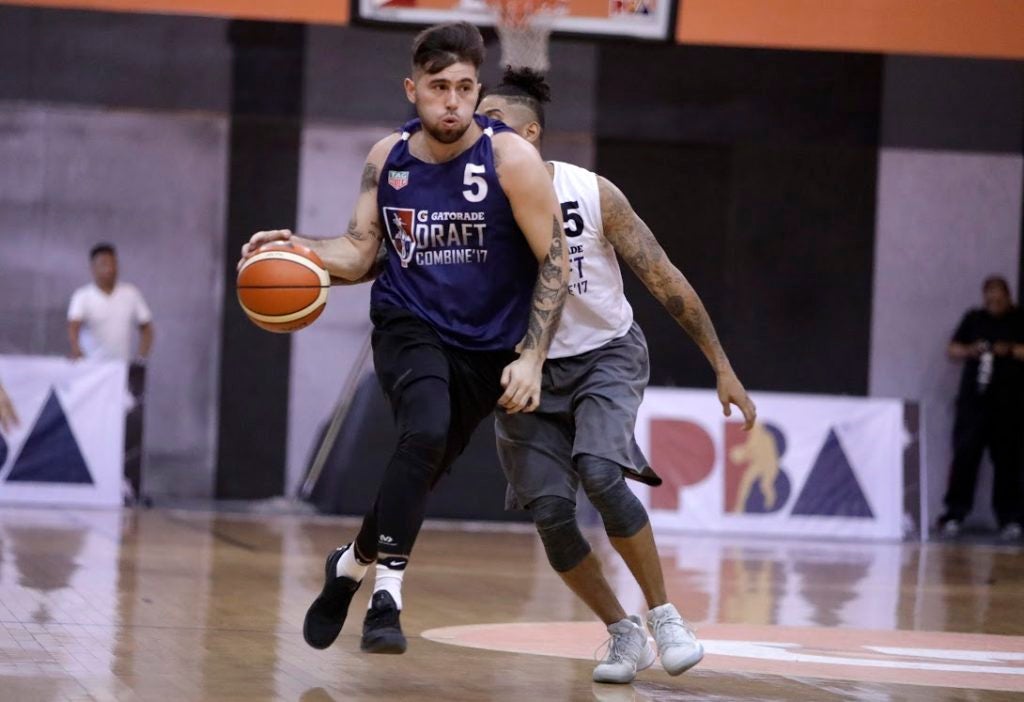 In just a span of two years, Robbie Herndon went from dousing flames as an aspiring fireman in San Francisco to torching hoops here in the Philippines.

And as the Fil-Am swingman embarks on this new chapter of his life as he enters the 2017 PBA Rookie Draft, he hopes to get the chance to showcase his deadly game in the pros.

“I’ve been waiting for two years for this moment. I’m just glad that I’m eligible because I’ve put a lot of hard work into this. I’m ready to get it going,” said the 24-year-old.

Herndon had shelved his hoop dreams to focus on his education at San Francisco State and almost gave up on basketball a few years back.

“I played two years there and then, I wanted to just focus on my studies,” he said. “That was humbling for me because basketball was the only thing I wanted to do my whole life. In college, I went through a phase when it was hard juggling school and sports. I wanted to get my degree so losing my passion for basketball, I stopped playing after my second year.”

But after getting his criminal justice degree much to the delight of his family, the 6-foot-3 guard felt that it was time for him to take the chance and fly to his father’s homeland.

“I got my degree just to make my dad proud. My dad is a police officer but I really did not want to be a policeman. Maybe, I would have been a fireman and the degree in criminal justice would’ve helped, but I’ve decided to just focus on basketball, get back to the Philippines, and try to make it here,” Herndon said, whose father Robert Sr. traces his roots to Mactan, Cebu.

“The decision to move here was tough but I love the country and I love the basketball even more.”

A virtual unknown when he made the leap of fate, it didn’t take long before Herndon started making his mark, ruling the Philippine leg of the 2016 Red Bull King of the Rock tournament at the expense of two-time PBA MVP Willie Miller, before joining the PBA D-League where he saw action for Victoria Sports-MLQU, Wangs Basketball, and finally, Marinerong Pilipino.

Of the three teams he suited up for, Herndon takes the most pride playing for the Couriers, which he led to contend for a playoff spot this past PBA D-League season.

“It’s good basketball and I learned a lot there. And that’s just the D-League. For sure, the PBA will be better. There’s just a lot of good players here, good teams, great coaches here,” he said.

But Herndon is not just an offensive-minded player as he also takes pride in his playmaking and defensive capabilities, something which he displayed in the two-day 2017 Gatorade PBA Draft Combine and earned him a spot in the pre-draft workout’s Mythical Five.

“The scoring just comes, but I think I really do well when it comes to rebounding because I like to rebound a lot. I also feel like I can get my teammates going, make the right pass, and also defense. It’s not just the scoring that I can do. I like to take it inside and bang bodies. I can shoot but I can also go with the drive and bang down low. I feel like I’m a good two-way player,” he said.

Looking back, Herndon couldn’t help but feel emotional over the path he took to make it this far on his journey.

“I think about the draft every day and I wanted this for a long time. I’m nervous, I’m excited, but most of all, I’m ready,” he said.