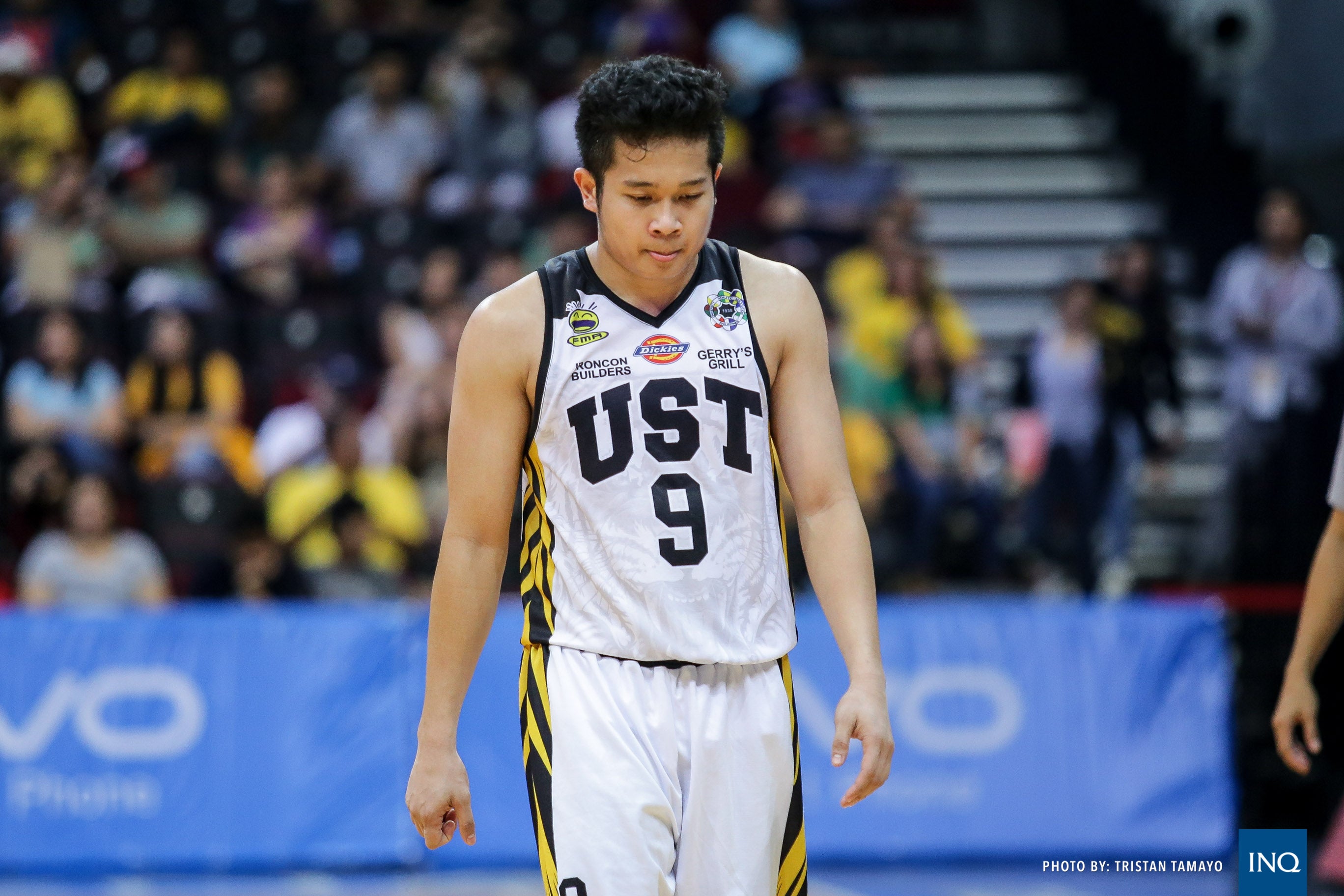 University of Santo Tomas is two games away from a possible 0-14 finish in the UAAP Season 80 men’s basketball tournament, and no one feels the pressure more to avoid such embarrassment than captain Marvin Lee.

The third-year guard practically left his heart out in the Growling Tigers’ 94-59 loss to La Salle putting up 25 points, 10 coming in the fourth, and seven boards in a bid to show that UST still has the heart to put up a fight.

“I’m really pressured right now because this might the be the first time in my career that I will finish with a 0-14 record,” said Lee in Filipino Sunday at Mall of Asia Arena.

Lee played 34 minutes, the most of all the players on both teams, and looked downtrodden when the final buzzer sounded signaling UST’s worst loss of the season.

And although Lee shot the bulk of UST’s attempts, going 10-of-20 from the field, he still felt he could’ve done more to lift his team and his teammates.