Manute Bol could have been ’40 or 50 years old' while in NBA, ex-coach says | Inquirer Sports

Manute Bol could have been ’40 or 50 years old’ while in NBA, ex-coach says 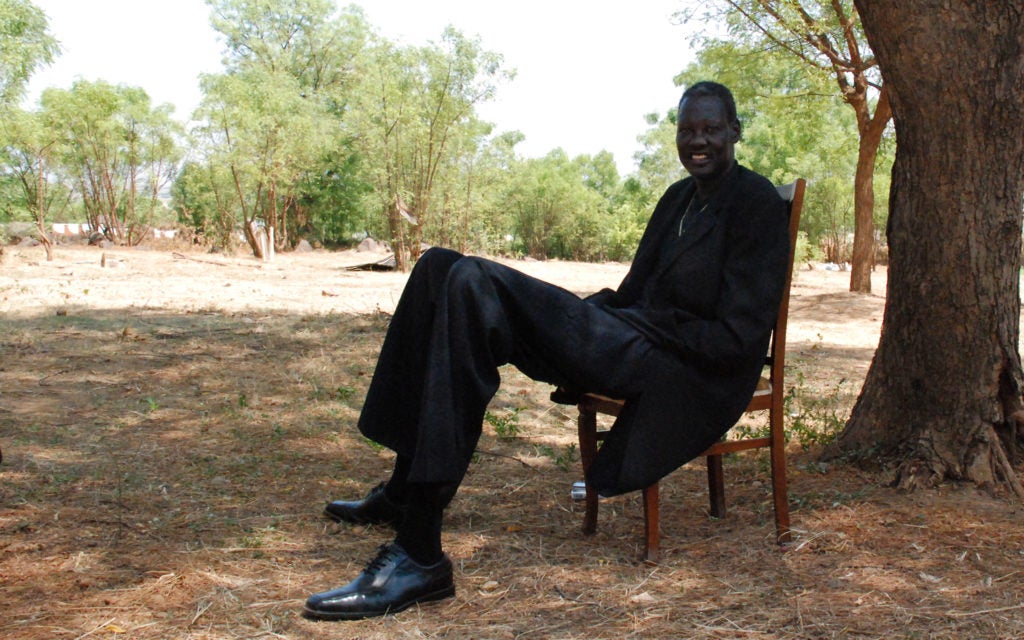 Manute Bol didn’t have a stellar career in the NBA, but he certainly was one of the league’s most memorable players.

Standing 7 feet and 7 inches tall and tied with Gheorghe Muresan as the NBA’s tallest player, the willowy Sudanese giant suited up four teams in a career that spanned 10 seasons.

Apart form his pole-like stature and penchant for blocking shots, Bol is perhaps best remembered for his supposedly dubious age, as fans have long disputed if he really was 23 years old when when he entered the league in 1985.

Among those doubters include former Cleveland State head coach Kevin Mackey, who first recruited Bol when he arrived in the US in the mid-1980s.

“I gave him his birthday (Oct. 16, 1962) because they didn’t know how old he was,” Mackey revealed to Zagsblog’s Adam Zagoria.

With Bol’s origin in question, Mackey admitted that he made the lanky center appear as young as plausible to get him into the program.

Bol passed away due to kidney failure in 2010 and was believed to have been 47 years old at the time.

A capable three-point shooter and elite rim protector, Bol is the only player in history to have tallied more career blocked shots (2,086) than points (1,599).

He is survived by his son Bol Bol, an upcoming NBA prospect who recently committed to the University of Oregon.  Khristian Ibarrola /ra

UCF’s Tacko Fall is 7-foot-6, and his game is still growing