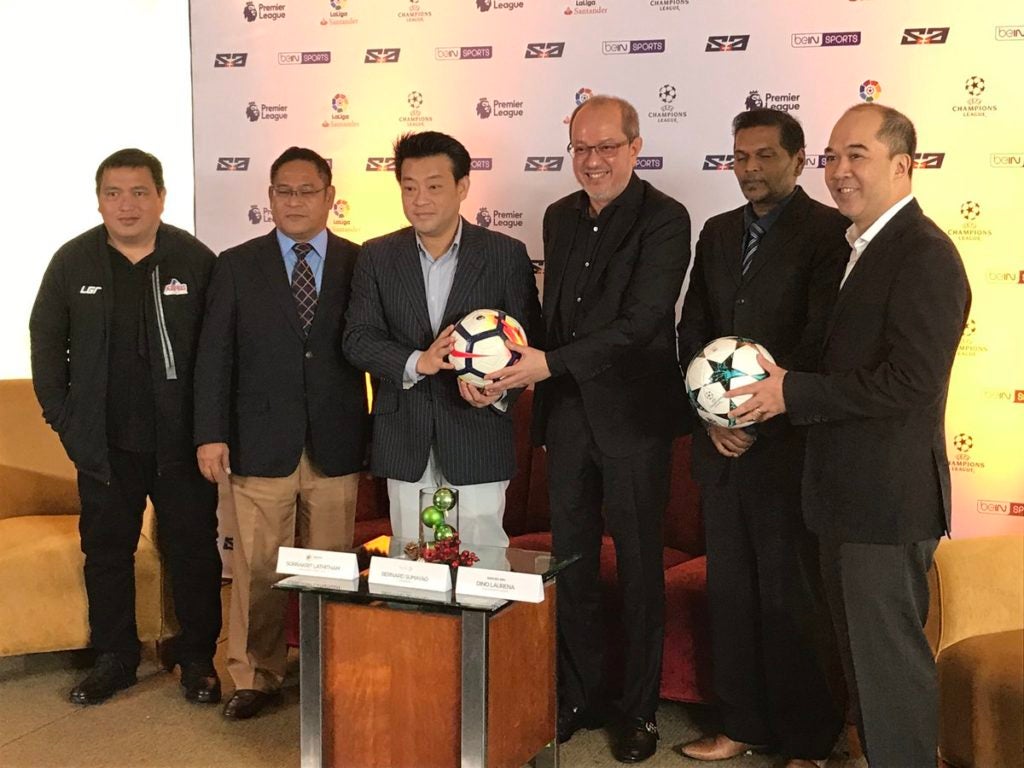 In line with its continued support in helping Philippine football grow, ABS-CBN Sports is taking a extra step in exposing the Filipino audience to the greatness of the sport.

Football superstars Lionel Messi and Cristiano Ronaldo will soon be a regular fixture on local free TV after ABS-CBN Sports+Action forged a partnership with Hong Kong-based holding company Triple CH to air the UEFA Champions League, the English Premier League, and La Liga, three of the best leagues in the world.

ABS-CBN Integrated Sports head Dino Laurena announced the news in a press conference on Thursday at Restaurant 9501 as a treat to Filipino football aficionados.

“I feel that it will give us another shot in the arm as far as football is concerned. We’ve shown football games and the World Cup before on Balls Channel, and with that was our relationship with the national team. Through the years, we’ve felt a certain affinity on the development of football,” he said.

Broadcast of the  livegames will start on December 2.

“These are all going to be live games. I know a lot of fans follow these leagues and they’ve been available on pay cable, but that’s a very limited space for our fans,” said Laurena. “The time has come to let the excitement and the bigness of football that has taken the world like a giant tsunami to come to the shores of the Philippines.”

Meanwhile, English squads like Chelsea, Manchester United, Manchester City, and Arsenal, as well as the best European teams like Paris Saint-Germain and Bayern Munich will all hit the field and into the airwaves starting next month.

“I wanted to give it away for free. We decided to not do this as a pay-for-play thing. If you want to develop a sport, the most important thing is the people’s awareness and their involvement,” he said.

Sumayao also hinted that this partnership is just the tip of the iceberg which could lead to more support for Philippine football.

“It’s a stepping stone for bigger things that we want to do,” he said. “We want to see the level of football in the Philippines to go higher, to make them a powerhouse in football in the future, especially in Southeast Asia.”