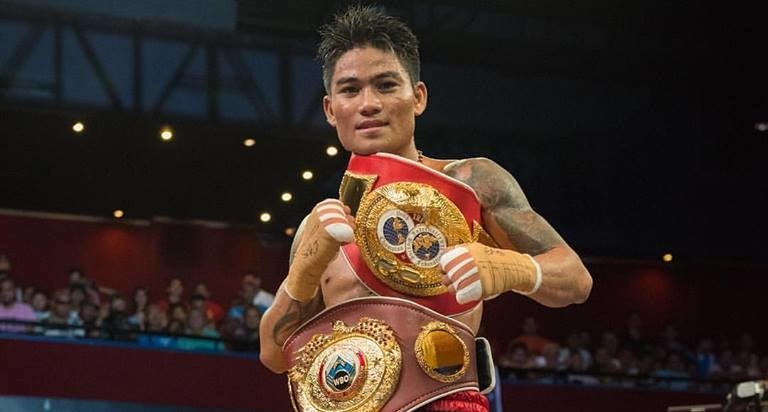 The 22-year-old Magsayo (18-0, 13 KOs), who was fighting in front of his home folks had his hands full against Hayashi (30-6, 18 KOs) who made a gallant stand against the hometown favorite, but all three judges scored the 12-round title bout 116-112 in favor of the Boholano.

Hayashi, 30, of Nagoya, Japan, put up a sturdy defense in the first two rounds, but Magsayo unleashed his punch on the third round.

Magsayo, also called Magnifico, connected with heavy blows to the face and body of Hayashi whose defense started to wane through the following rounds.

During the fifth and sixth rounds, Hayashi regained composure although his face started to slightly swell in the fourth round. However, Magsayo’s punch caught Hayashi by surprise that he continued to hit him.

Magsayo has remained undefeated, improving his record to 18-0 with 13 knockouts.

Yahashi sports a record of 30 wins, 6 losses and 1 draw with 18 stoppages. He was the former Japanese featherweight champion. He last fought Markquil Salvana of the Philippines on Sept. 3 in Kariya, Japan, where he stopped the Gensan native in the 4th round.

Hayashi had previously told media that if he lost to Magsayo it would be his last boxing career.

He also thanked Hayashi for a good fight.

“Salamat kalaban at binigyan mo ako ng 12 rounds pero nakaya din kita (Thank you to my opponent for reaching 12 rounds but I was able to win),” he said.

Magsayo revealed that he wants to fight for a title elimination bout Joseph Diaz Jr of the United States to earn a shot at WBO world featherweight champion Oscar Valdez of Mexico.

Magsayo is ranked No.2 in the WBO featherweight division while Diaz Jr is the current top contender.

The last Pinoy Pride in Bohol with an estimated 30,000 crowd was in November 2005 when Rey ‘Boom-Boom’ Bautista was defeated by his opponent.