Ateneo nabs UAAP title, gets back at La Salle 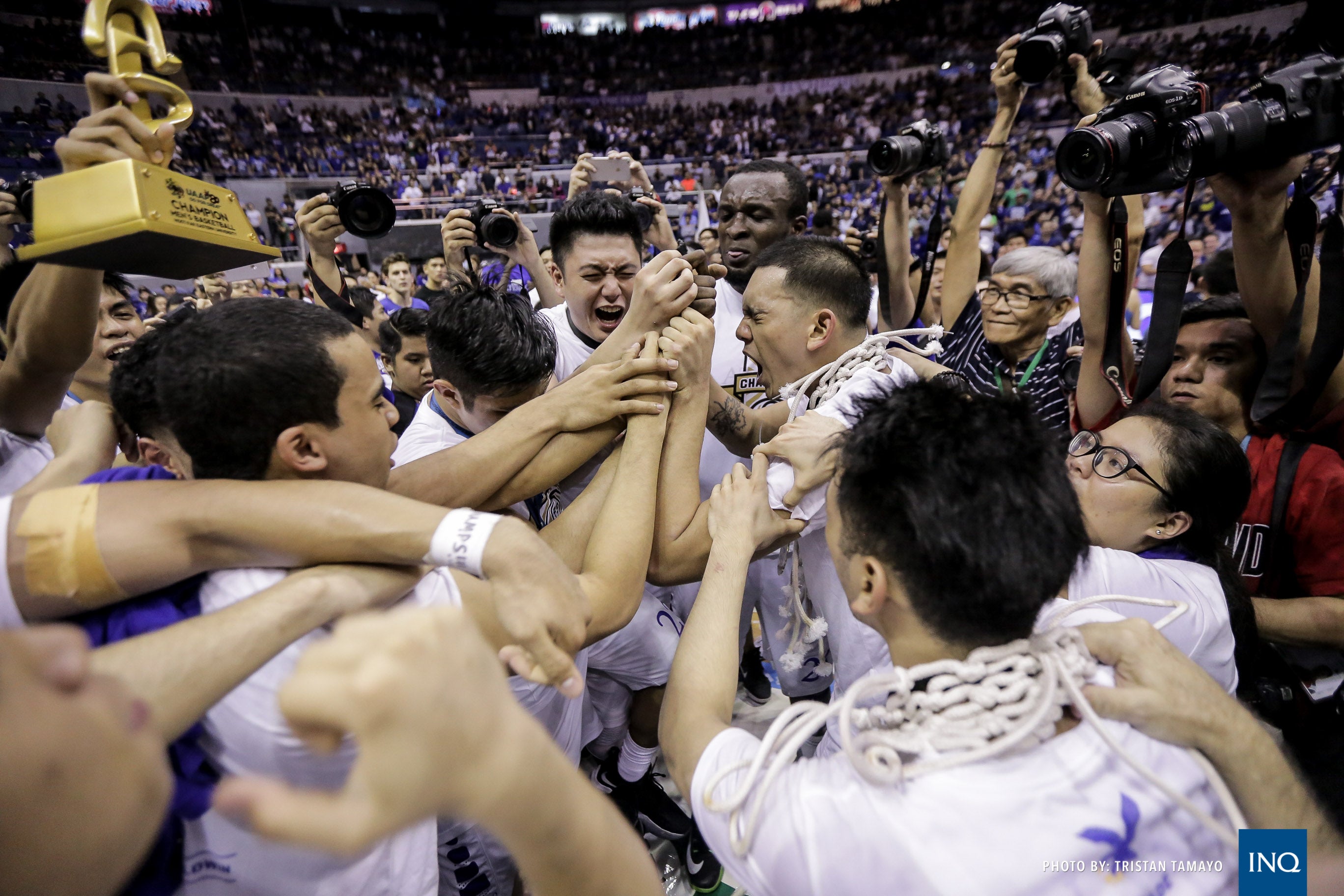 Isaac Go drilled the game-sealing trey from the right wing with 24.7 seconds to give the Blue Eagles an 85-80 lead.

Aljun Melecio, however, refused to let go of the title for the Green Archers and drilled a three with 5.6 seconds left.

But Anton Asistio and Matt Nieto showed their poise from the charity stripe in the end game to seal the Blue Eagles ninth UAAP title, their first since the last of their five-peat back in Season 75.

Ateneo also got back at La Salle for its runner-up finish last year.

Finals MVP Thirdy Ravena paced the Blue Eagles with 17 points, eight rebounds, and five assists, none bigger than his pass to Go for the dagger triple in the waning seconds that completed the dethroning of the Green Archers.

Nieto chimed in 14 markers, three boards, and two steals, Chibueze Ikeh played the game of his life with a double-double of 12 points, 13 rebounds, and two blocks, and Anton Asistio pumped three treys en route to his 11-point night.

Engaged in a tight contest in the fourth frame, the Blue Eagles seemingly got things together as they staged a 14-2 blast to take the 80-70 advantage with 4:05 after a Vince Tolentino bucket.

But showing the heart of a champion, the Green Archers did not go down without a fight, answering with a 10-2 blast to cut the deficit down to two, 82-80, after an Andrei Caracut three with 48.9 ticks remaining.

Melecio went for 16 markers on a 3-of-11 sniping from beyond the arc, on top of four assists, and three boards, while Ricci Rivero had 14 points and seven rebounds in the losing cause.