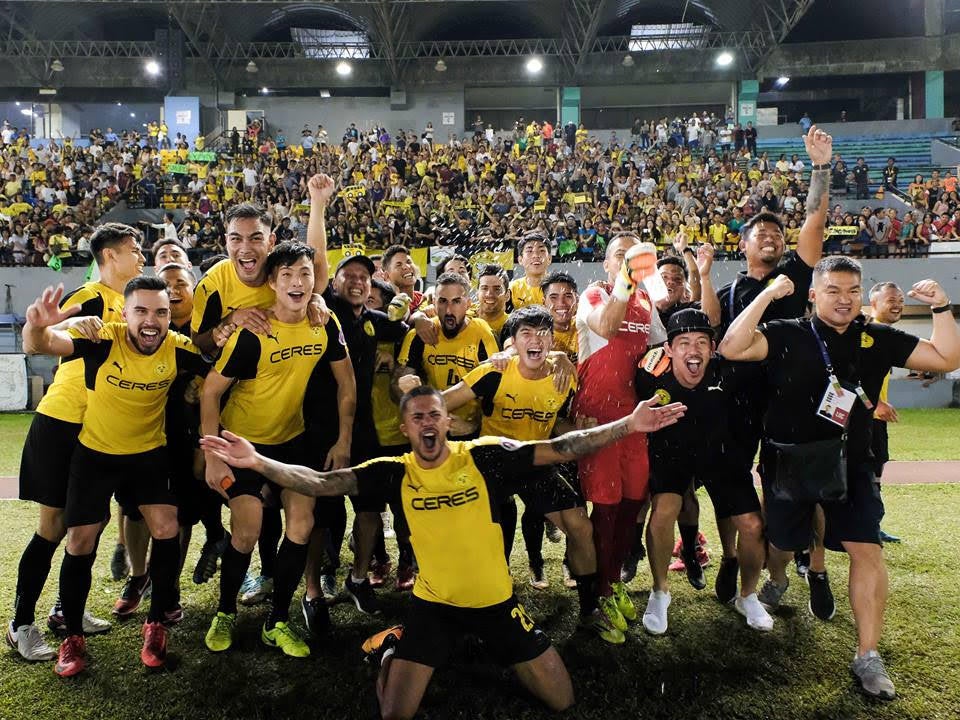 BACOLOD CITY – It will be an all-Visayas showdown for the first Philippines Football League crown.

Iain Ramsay scored an elegant chip in the 78th minute as the Busmen overcame Kaya Makati, 2-1, after Antonio Ugarte cancelled out an early strike from Bienve Maranon at Panaad Stadium.

Counting Stephan Schrock’s goal in the first leg at University of Makati, the Busmen prevailed, 3-1, on aggregate.

Over at Rizal Memorial Stadium, Global completed a stunning upset of Meralco Manila, after holding the Sparks to a 1-1 draw in the second leg for a 3-2 aggregate victory.

Rufo Sanchez fired the winner for Global five minutes from time, after Curt Dizon handed the Sparks an early advantage due to away goals.

Sanchez’s late goal marked another stellar comeback for Global, which also struck twice late in the first leg, thanks to Wesley Dos Santos and Pika Minegishi.

The finals as well as the third-place battle will be played on Dec. 16 with the league reportedly eyeing Panaad as = venue.